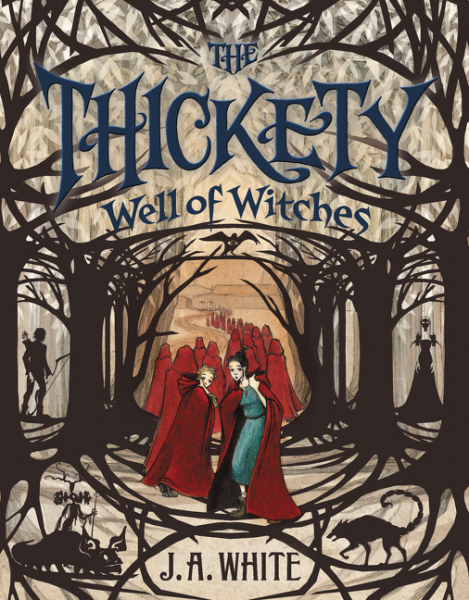 The Thickety #3: Well of Witches

Well of Witches is the third novel in a dark and twisty tween fantasy series that has readers and reviewers raving. Kara and Taff leave the Thickety and enter the World to find the enchanted Well of Witches. Kara and Taff have finally reached the World beyond the island, and it’s in total turmoil. As the Spider Queen lures new witches to her side, an army of graycloaks sets out on a crusade to destroy all magic, led by the vicious witch hunter, Timoth Clen. Kara and Taff have to undo the terrible curse on their father before it’s too late . . . but only Grace Stone has the power to reverse her Last Spell.

If Kara and Taff want to save their father, they must rescue their old enemy from the Well of Witches first. The Well of Witches used to be a magical kingdom called Phadeen. Now the land is corrupted by dark magic and unthinkable creatures called the Faceless that rule over the captive witches. Kara and Taff will discover secrets of the Well—an ancient magic school, an unhappy princess, and the Changing Place—but will they find Grace? Even if they do find her, Kara knows that trusting Grace is a dangerous plan . . . and it will take more than magic to rescue her from the Well and make it back to their father in time. Because no witch has ever escaped.