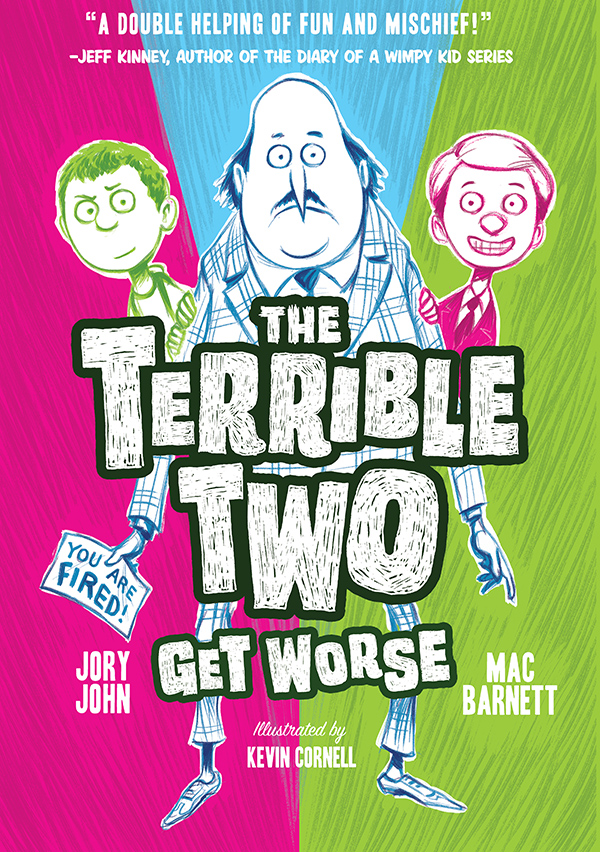 The Terrible Two Gets Worse

by Jory John and Mac Barnett

On their own, pranksters Miles and Niles were pretty devious. Now that they’ve formed a pranking duo, they’re terrible! But their powers will be tested when their favorite nemesis, Principal Barkin, is replaced by his stern and cunning father, Former Principal Barkin. Now Miles and Niles will do just about anything to get their old antagonist back—including pranking alongside him.