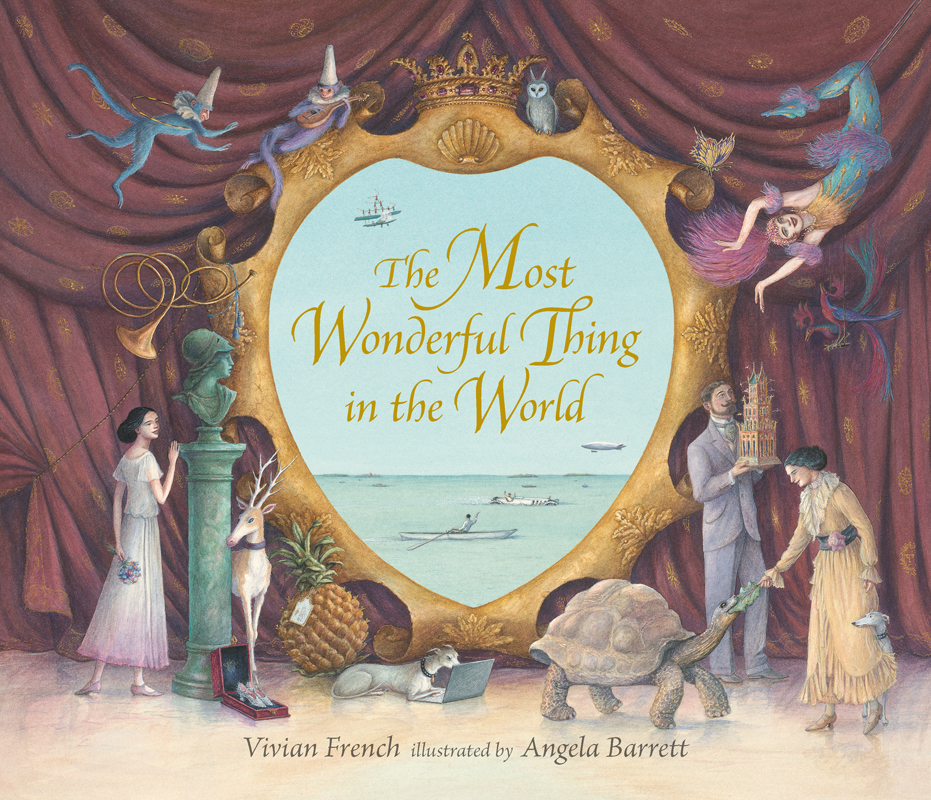 The Most Wonderful Thing in The World

Once upon a time, a king and a queen promise to marry their daughter to the young man who can show them the most wonderful thing in the world. Suitors arrive at the palace, one after the other, with elaborate gifts of jewels, inventions, and even mythical beasts, but nothing feels quite right to the overwhelmed majesties. It is only when a shy young man, who isn’t a suitor at all, steps forward that the king and queen finally understand what the most wonderful thing in the world actually is. Vivian French’s touching fairy tale is made all the more enchanting by the many subtle surprises included in Angela Barrett’s exquisite illustrations.