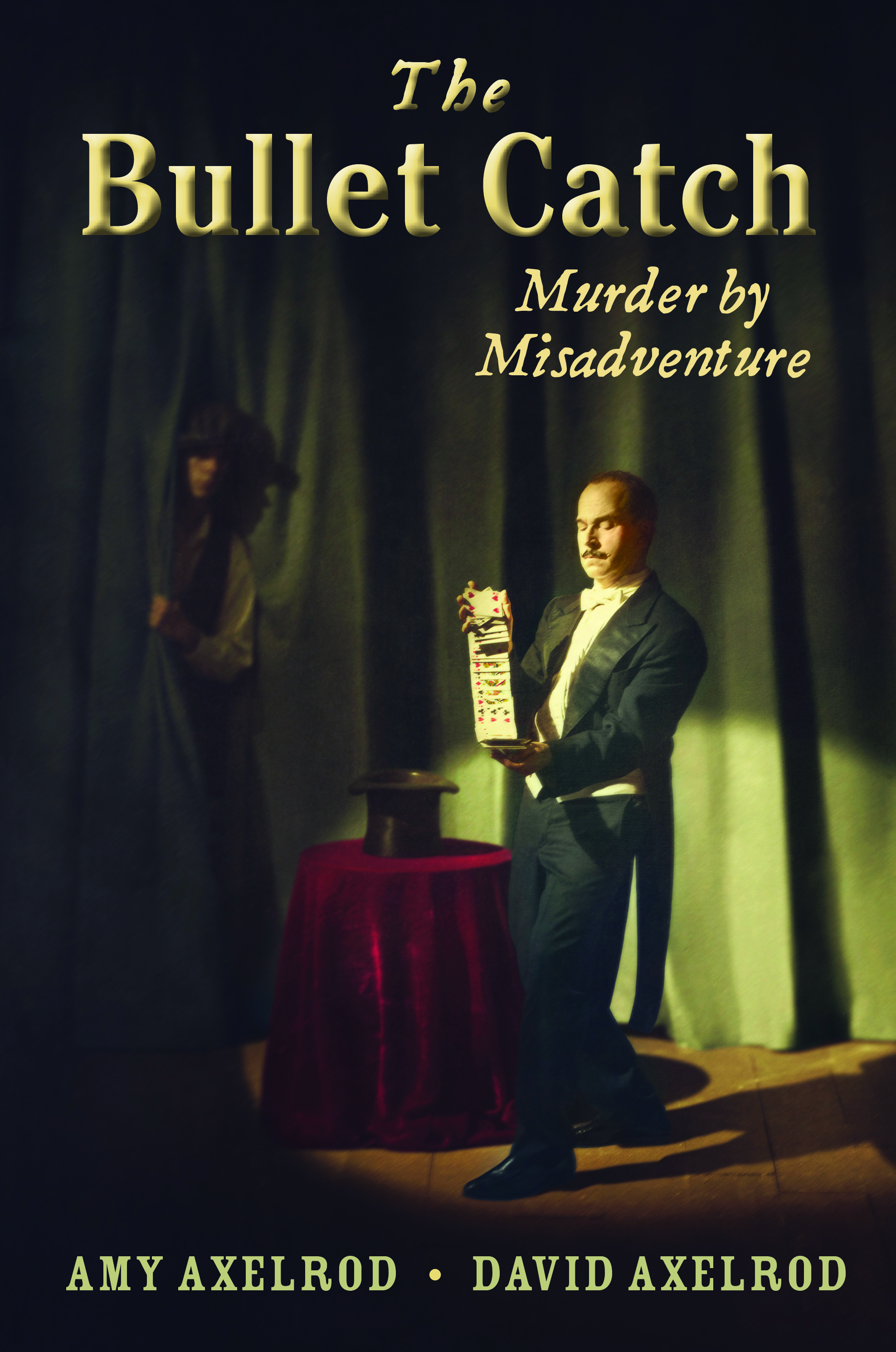 The Bullet Catch: Murder by Misadventure

by Amy and David Axelrod

This spellbinding novel chronicles the coming-of-age of a resourceful young man who must refashion his destiny amid murder and misadventure in the golden age of magic.
When the orphanage he called home burns to the ground, 14-year-old Leo and his three friends turn to larceny to survive. Leo proves to be a most gifted pickpocket, but when he is cruelly betrayed by his gang, he abandons the life of crime to become the apprentice of a has-been magician named Barzini.

With help from the great Harry Houdini, Barzini is staging a comeback, complete with an improved variation on the bullet catch trick made famous by his arch enemy, Chung Ling Soo. He wants more than to just outshine his old rival; he is out for revenge. As Leo struggles to escape his dangerous past, he must confront the possibility that his new mentor may be even more dangerous.