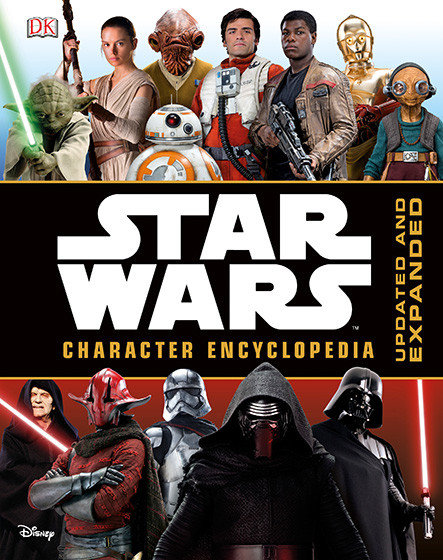 Updated and expanded with amazing new material including characters from Star Wars™: The Force Awakens!

Star Wars Character Encyclopedia: Updated and Expanded, the definitive guide to the people, aliens, and droids of the Star Wars galaxy, is back, bigger and better than ever before, and packed with new Star Wars characters!

Want to know how tall Darth Vader is? Or where the ferocious Nexu comes from? Look no further than the Star Wars Character Encyclopedia: Updated and Expanded. With more than 200 profiles on heroes, villains, and more, this handy guide is full of fun facts and intriguing information guaranteed to enthrall fans for hours on end.