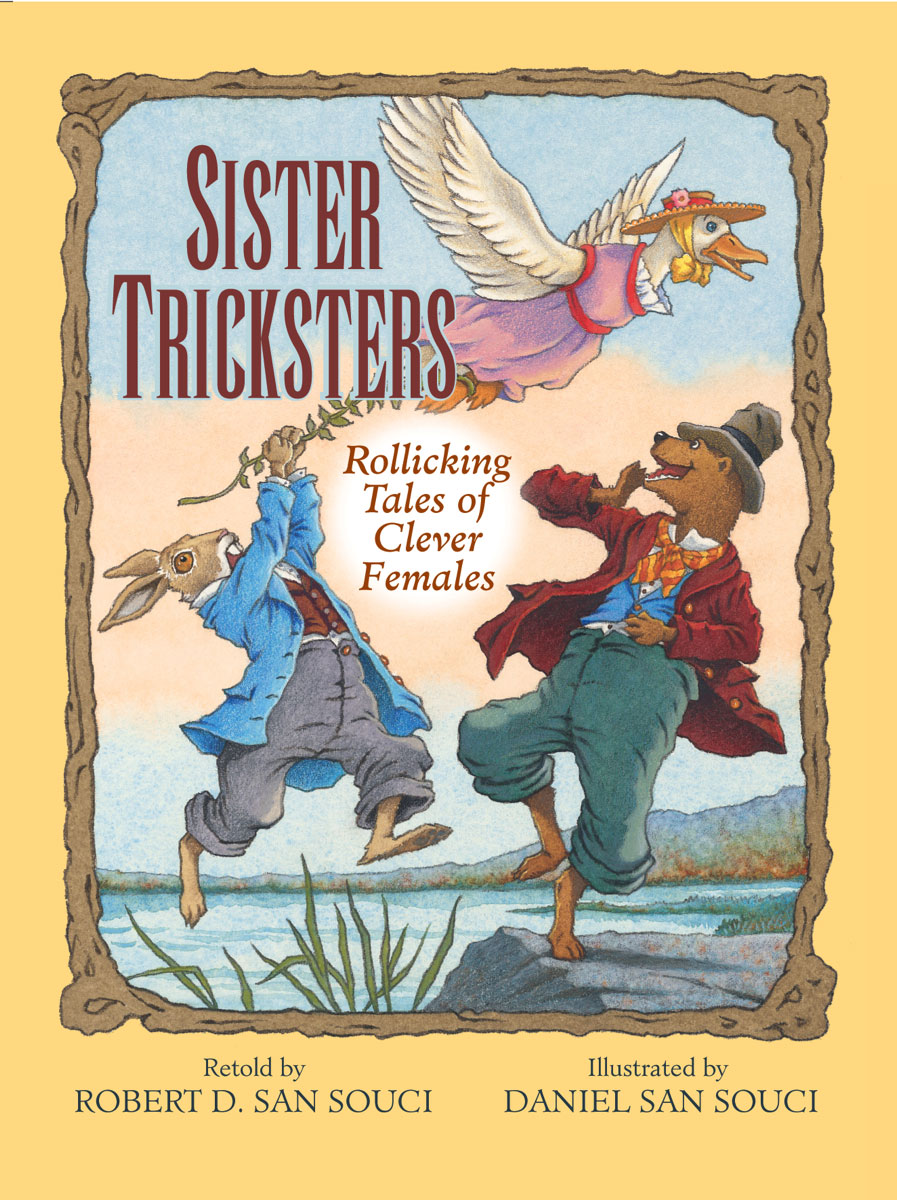 Everyone remembers the exploits of Br”er Rabbit and his cohorts Br”er Fox, Br”er Possum, and other sly characters. But while these tales were circulating among slaves in the southern United States, another set of stories was passed along just as enthusiastically, only here the clever tricksters were female. Who better to tackle the stories of these sister tricksters than the San Souci brothers? Utilizing a contagiously rhythmic, pitch-perfect dialect, writer Robert gleefully interprets the exploits of Molly Cottontail, Miz Grasshopper, Miz Duck, and Miz Goose against worthy (and not-so-worthy) foes such as Mistah Slickry Sly-fox, Mistah Rooster, and Mistah Bear. Brother Daniel”s comically realistic paintings capture the slapstick frenzy of these characters engaged in battles of wits against the rural Southern landscape that nourished the tales in their infancy.