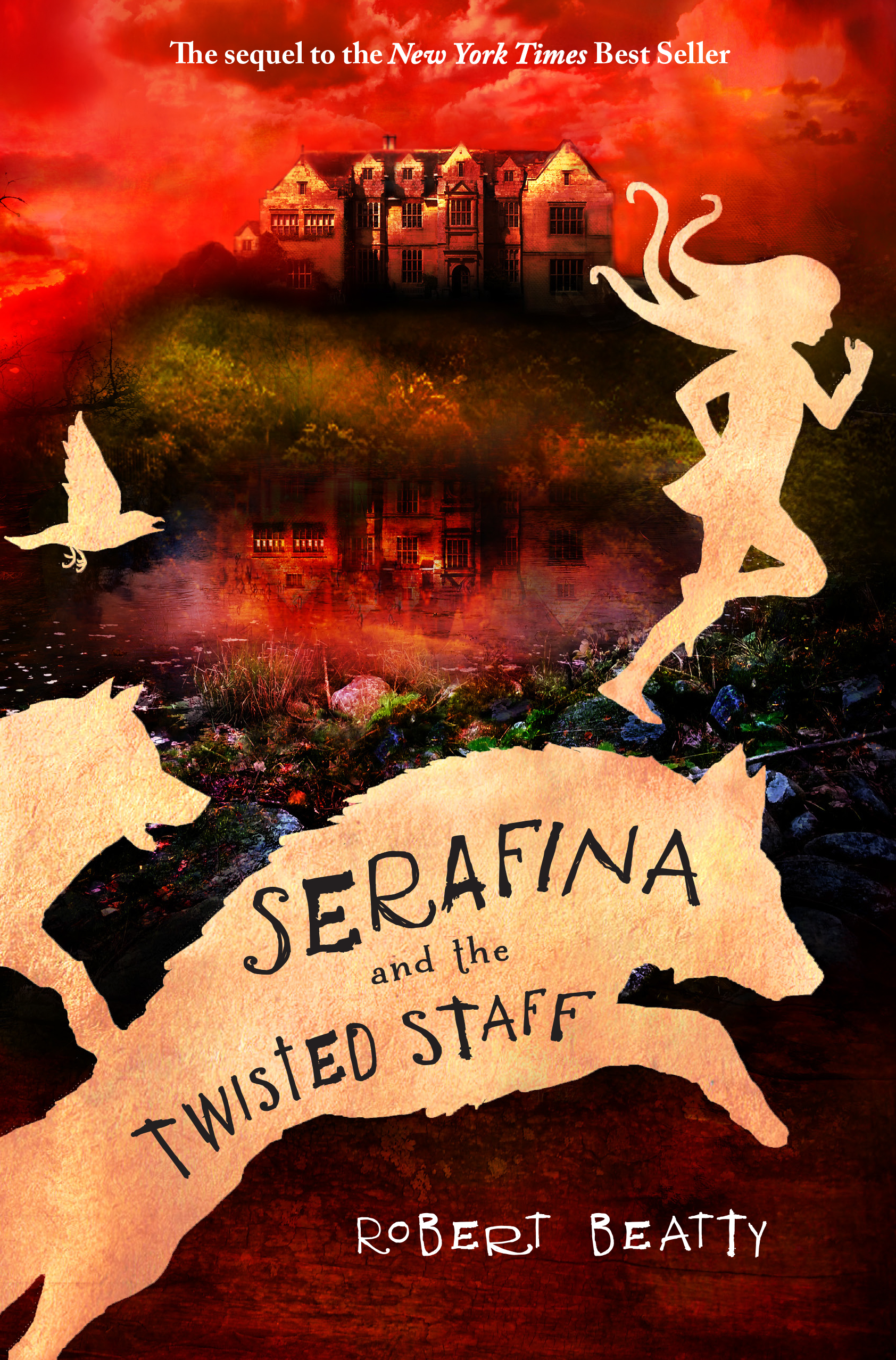 Serafina and the Twisted Staff

Serafina’s defeat of the Man in the Black Cloak has brought her out of the shadows and into the daylight realm of her home, Biltmore Estate. Every night she visits her mother in the forest, eager to learn the ways of the cat¬amount. But Serafina finds herself caught between her two worlds: she’s too wild for Biltmore’s beautifully dressed ladies and formal customs, and too human to fully join her kin. Late one night, Serafina encounters a strange and terrifying figure in the forest, and is attacked by the vicious wolfhounds that seem to be under his control. Even worse, she’s convinced that the stranger was not alone, that he has sent his accomplice into Biltmore in disguise.