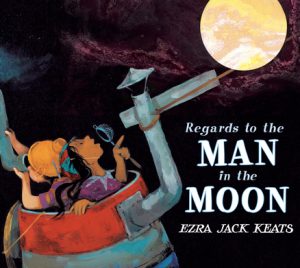 Regards to the Man in the Moon

When the other kids make fun of Louie and call his father “the junkman,” his dad explains that the so-called junk he loves “can take you right out of this world” with a little imagination. So Louie builds the spaceship Imagination I and blasts off into his own space odyssey. Reissued just in time for the fortieth anniversary of the first lunar landing, this fantastical Keats adventure celebrates the power of imagination.