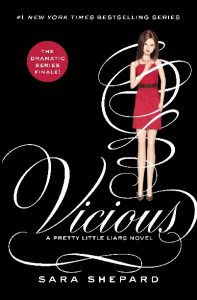 The explosive conclusion to the New York Times bestselling series Pretty Little Liars! Countless stalkers—all calling themselves A—have harassed Aria, Emily, Hanna, and Spencer for their past mistakes and revealed their darkest secrets to the world. The girls have lost boyfriends and alienated family members. They’ve been on TV, hounded by the press, kicked out of school, arrested, and even put in jail. The girls are honing in on their most bloodthirsty stalker yet and they are determined to catch A this time. But we all know A doesn’t go down without a fight….