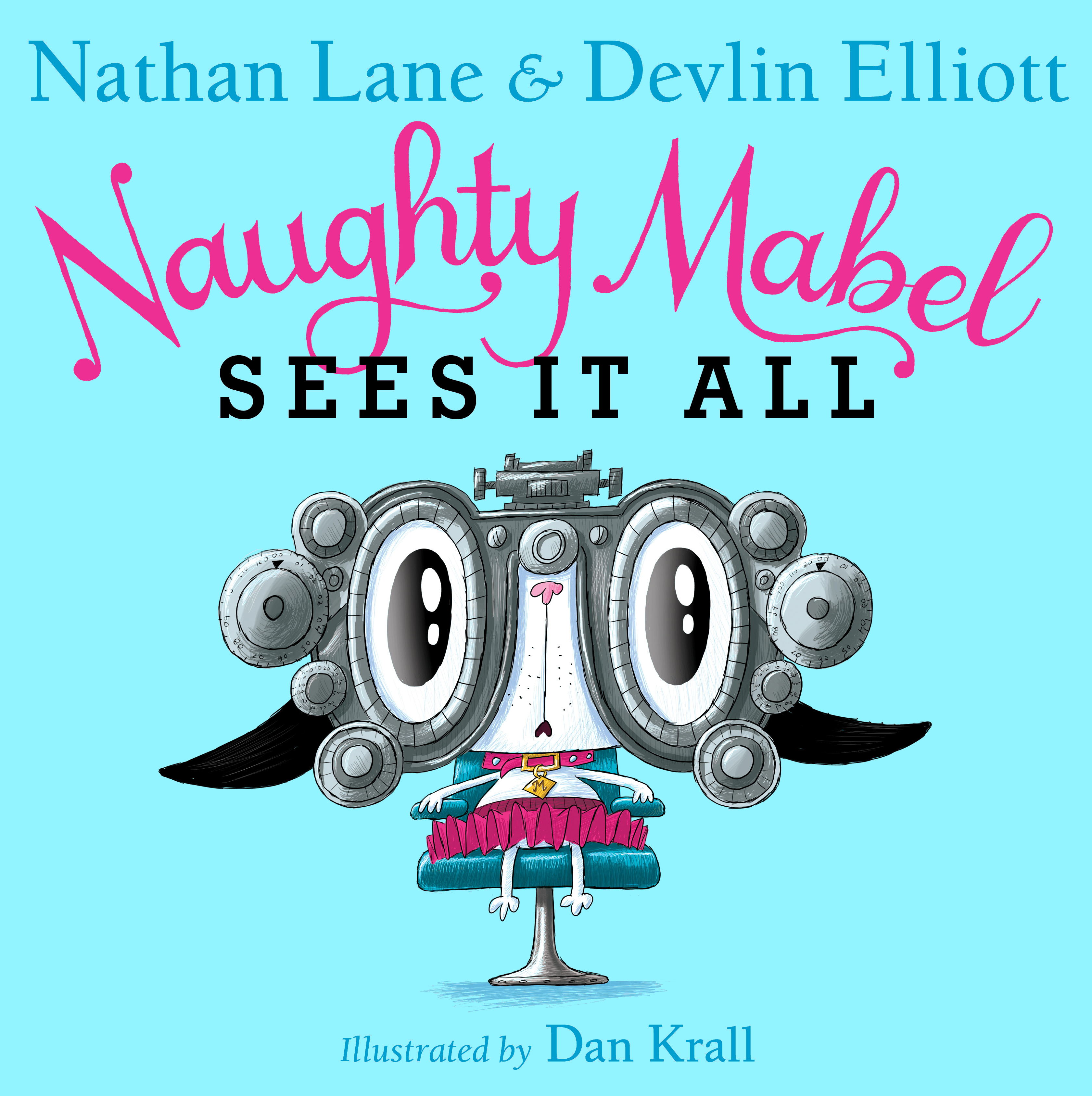 Naughty Mabel Sees It All

by Nathan Lane and Devlin Elliott

Mabel’s back and now it’s her turn to party. Slumber party that is! Mabel’s best friends Smarty Cat and Scaredy Cat have invited her over for a sleepover, could there be anything more divine?

There’s only one thing that could ruin such a sensational soiree: monsters! They’re everywhere she looks, and sometimes she even sees two at once!

But these silly monsters don’t know who they’re dealing with. Mabel’s not afraid. She’s just going to have to put her naughty behavior to good use to save Smarty and Scaredy. Problem is, the monsters aren’t the only things that seem to be multiplying. Mabel seems to be seeing two of everything. Are there really monsters? Or is there something more going on? As in is it time for Mabel to get…glasses?