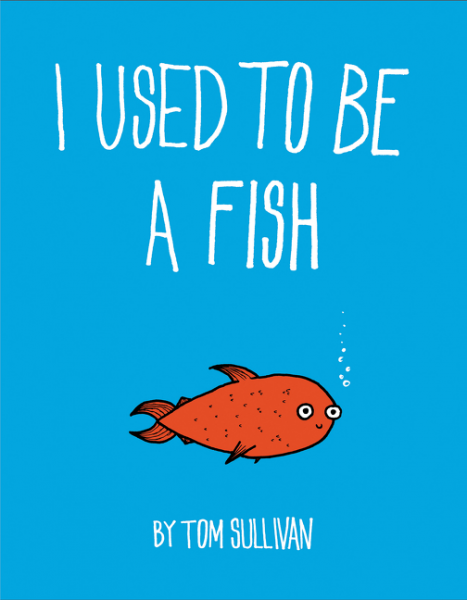 I Used to be a Fish

I used to be a fish. But I didn’t like swimming anymore. So I grew some legs. Inspired by a pet fish and fueled by imagination, a boy tells a whimsical version of his own life story, which mirrors the process of human evolution. Simple, surprising, and innovative, Tom Sullivan’s debut is both a light introduction to the science of evolution and a tribute to every child’s power to transform their lives and to dream big.