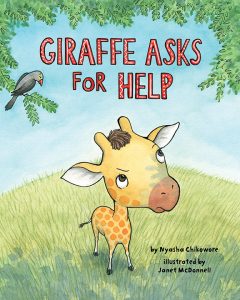 Gary Giraffe is so excited to finally turn six — now he should be able to reach the acacia leaves all on his own!

When things don’t go exactly as he’d planned, Gary is distraught. He tries and tries to get to the leaves himself, but he’s just not tall enough. The other giraffes can do it — why can’t he?

Gary doesn’t want to have to ask for help, but his friends convince him that everyone needs help sometimes. And that’s OK!

Includes a Note to Parents & Caregivers with more information on help-seeking and independence in children.