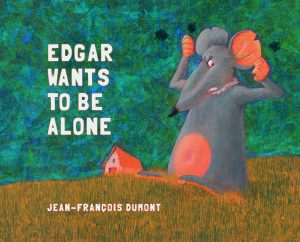 Edgar Wants to Be Alone

Edgar the rat doesn’t like company. So when he notices that a worm is following him, Edgar does everything in his power to get rid of his unwelcome companion. But the worm just won’t go away! Edgar wants all the other animals to solve his problem, but eventually he realizes he might have been part of the problem all along.