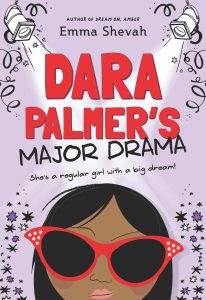 All Dara Palmer wants to do is act—but when The Sound of Music is selected for the school musical and she’s not cast as Maria, she is suspicious that it’s all because she’s adopted from Cambodia and looks different than the other girls. In fact, she’s not cast at all. Irrepressible Dara comes up with a grand scheme to shake the school—write her own play about her own life. Then she’ll have to be the star.