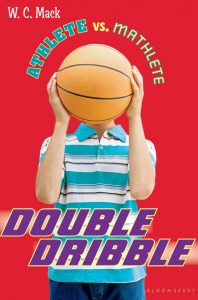 One month ago, academic whiz Russell Evans never thought he’d be a basketball superstar. But now he’s playing on the seventh-grade team alongside his fraternal twin, Owen, and they’re tearing up the court. The Pioneers are on a winning streak, and Russ and Owen are getting along better than ever. Until the Matthews twins (Mitch and Marcus) show up. These twins are a triple threat: practically basketball pros, academic geniuses, and . . . identical. Things heat up on the court and in the classroom as these brothers are poised to rule the school.

Now Russ and Owen are fighting for the spotlight, and sabotage seems like their only hope. But when Marcus suffers an injury and Mitch falters during a big game without him, it becomes clear that the Matthews are powerless when separated. Will Russ and Owen take advantage? Or do they have other plans in mind?