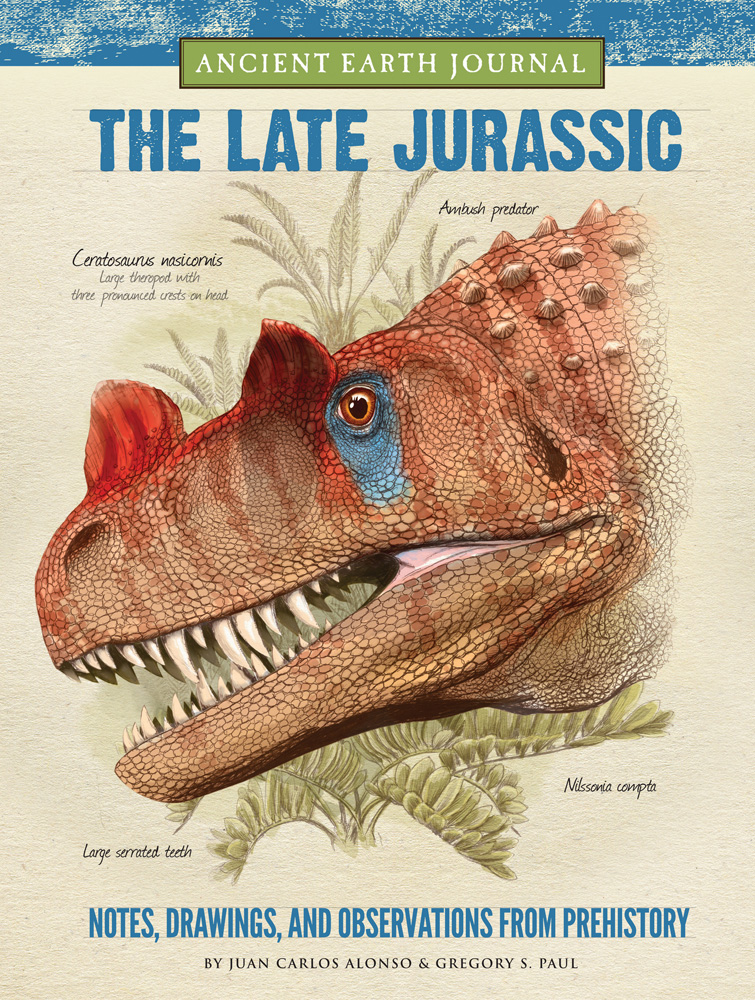 What would it be like to see a living, breathing dinosaur? Following in the footsteps of Ancient Earth Journal: The Early Cretaceous, this next installment, The Late Jurassic, will take readers further back in time to a period when giants ruled the land and early mammals began to secure their place alongside the dinosaurs. The Late Jurassic period was home to many species of our favorite dinosaurs, such as Apatosaurus (or Brontosaurus), Allosaurus, and Stegosaurus, to name a few. The Late Jurassic includes the latest paleontological findings to build an accurate depiction of the dinosaurs, environment, and wildlife of the period.

Due to the abundance of fossils available for both plants and animals of this period, the book paints a vivid, realistic picture of the flora and fauna of the time, with more emphasis on hunting and defensive tactics, as well as early mammals and their role in the planet’s evolution, for a thrilling, thoroughly enjoyable ride through the most popular time period of prehistory. Written and illustrated in the style of a naturalist’s notebook, the reader is given a first-hand account of what it would be like to stand alongside some of the largest creatures to ever walk the earth.