A Look At Clavis Publishing 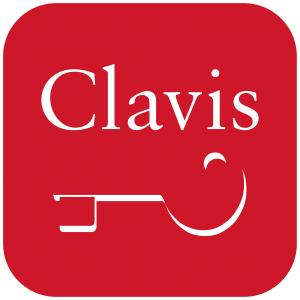 The CBC asks Carolina Schwarz, the Sales & Marketing Consultant for Clavis Publishing, questions about the publisher’s history and some of their favorite books.

How did your publishing house start out?

In 1978, Philippe Werck opened a children’s bookstore in his hometown of Hasselt, Belgium. Shortly thereafter, he decided to publish the books he wanted to place on his shelves. Now, over forty years later, with over two hundred titles published annually, Clavis, meaning ‘key’ in Latin, has unlocked the doors to their divisions in Amsterdam (2001) and New York (2008) as well.

What is your publishing house most known for?

Clavis has a long and trusted reputation with publishers in over 30 language markets and is known for publishing fiction as well as non-fiction picture books alongside a robust toddler program and high-quality co-editions. We also run a strong rights department, which reaches the world.

What conventions and conferences does your publishing house usually attend?

Our core calendar includes ALA, Children’s Institute, and EBMA. We also look at others on a case-by-case basis.

How many books does your house aim to publish per season/year?

In the US, we publish an average of 40 titles per season or around 80 per year.

What are some of your house’s publishing priorities over the next few years?

We are looking to increase the target age group and strengthen our Spanish language, as well as world languages, list.

Which title has your house recently rallied behind?

Which of your frontlist titles would be great for a school or public library?

Which of your frontlist titles would be great for a classroom? Which grade?

Which of your frontlist tiles would be great for an at-home library?

Name a few of your favorite backlist titles that people should check out.