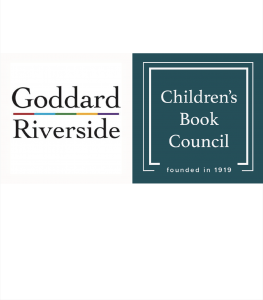 New York, NY (Oct. 1, 2020)— Goddard Riverside and the Children’s Book Council are thrilled to announce the shortlist for the inaugural Goddard Riverside / CBC Young People’s Book Prize for Social Justice. This new literary award recognizes nonfiction books for children and teens related to urban life and issues that support values such as community, equality, opportunity, mutual understanding, respect, caring and justice – in accordance with Goddard Riverside’s mission. The winning book will be announced at Goddard Riverside’s Annual Gala in on October 29.

The prize is a companion to the Goddard Riverside Stephan Russo Book Prize for Social Justice for adult readers, which is now in its fourth year, whose shortlist will be announced momentarily.

All the Way to the Top: How One Girl’s Fight for Americans with Disabilities Changed Everything, by Annette Bay Pimental; illus. by Nabi H. Ali (Sourcebooks Explore/Sourcebooks Kids)

For Beautiful Black Boys Who Believe in A Better World, by Michael W. Waters; illus. by Keisha Morris (Flyaway Books)

Carl Lennertz, executive director the Children’s Book Council, said: “I want to thank Goddard for the work they do every single day, the publishers for the powerful and important books from this year that they sent in, and the two judges: Beth Puffer, longtime bookseller at Eeyore’s Books for Children and Bank Street Bookstore, and Nicholas Rodriguez, the CBC intern who worked on this project all summer. We’re delighted to bring these works some well-deserved attention and we’ve listed many of the books submitted on a Courageous Women in History reading list, now up at CBC.org.”

“It’s critical that we raise the next generation of Americans with a deep understanding of social justice,” said Goddard Riverside Executive Director Roderick L. Jones. “We’re thrilled to recognize these books for the powerful way they make concepts like community, caring and equality real for young people.”

Goddard Riverside strives toward a fair and just society where all people can make choices that lead to better lives for themselves and their families. Goddard serves more than 20,000 New Yorkers each year with programs including Early Childhood Education, After School, employment support, college access, youth programs, homeless outreach, Senior Centers and legal assistance.

For more information about Goddard and the Award.