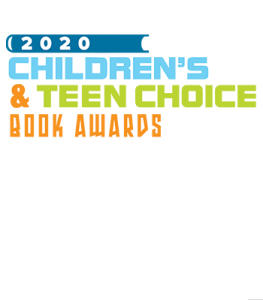 The finalists for the Children’s & Teen Choice Book Awards, now in its 13th year, were announced in PW Children’s Bookshelf on August 11.

Seven finalists in each of four categories will be voted on by kids and teens across the country from September 14 to November 15 online — voting link to come.

A video series, in partnership with KidLit TV, featuring the finalist and their creators will be released in October and brand new downloadable activities will be available soon!

See this year’s finalists below and encourage the kids in your care to read the books and get ready to voice their choice this fall.

Teen Book of the Year

The Children’s & Teen Choice Book Awards are the only national book awards voted on solely by kids and teens. Launched in 2008 by the Children’s Book Council and Every Child a Reader, the awards provide young readers with an opportunity to voice their opinions about the books being written for them. Finalists titles are determined through the Children’s Choices and Young Adults’ Choices programs in partnership with the International Literacy Association.