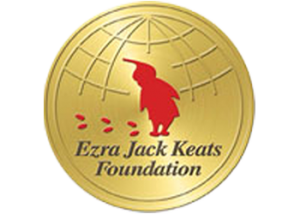 Over $1,000,000 Has Been Given Directly to Educators in Public
Schools and Libraries Across the Country since 1987

NEW YORK—October 29, 2019—The
Ezra Jack Keats Foundation, dedicated to supporting arts and literacy programs in public schools and libraries across the country, is putting out its annual call for proposals from educators nationwide.

Approximately 70 grants, up to $500 each, will be awarded to teachers and librarians in public schools and libraries whose proposals reflect imagination and a desire to make learning fun. Applications are being accepted now, and the deadline for submissions is March 31, 2020. Decisions will be emailed to all applicants in May, allowing educators to plan for the next academic year.

“Each year we are amazed at the creativity and dedication of the public school teachers and public librarians who submit Mini-Grant proposals to us. We’re proud to foster their programs and to share their success stories,” says Deborah Pope, Executive Director of the Ezra Jack Keats Foundation. “I encourage all educators who want to put their creativity and new ideas into action to go online and apply for an EJK Mini-Grant now.”

A librarian at Clarkston Library in Clarkston, GA used her EJK Mini-Grant to create a Zine program specifically for teens. Students spent many Saturdays at the library, sharpening their skills as photographers, artists, creative writers andgraphic designers (RC) to create the Zine (R) from start to finish.

With her Ezra Jack Keats Mini-Grant, Aidé Villalobos, a dual language teacher at Evergreen Elementary School in Shelton, WA, created a multi-faceted and standards-based project called “Art or Science?” The project was designed for 50 second graders, many recent immigrants from Mexico and Guatemala.

Villalobos partnered with Lucia Harrison, an expert in scientific illustration, to co-teach the lessons with her. Harrison emphasizes, “Art is a pathway to. science for many students. Many have difficulty learning through traditional methods either because English isn’t their first language and/or they struggle academically.”

After being taught and practicing how artists and scientists study natural objects to create accurate images, the students were provided with the materials to make their own scientific illustrations. They painted Pacific rhododendrons, the state flower of Washington, on note cards. Then with help from their English teacher, Jennifer Dawson, they wrote letters on their cards to family members in other states, and even other countries. Says one student proudly,” I got to write a real letter!”

Says Villalobos, “‘Art or Science?’ empowered our students in SO many ways—they felt special knowing that our school received the EJK Mini-Grant to fund a program created just for them; they became. both ‘scientists’ and ‘artists.’ They got to share stories about their families and their heritage, and write to family members far away on stationary that they had created!”

Library Inspires Teens to Create a Zine in Clarkston, GA

“Getting teens engaged in libraries is a problem and I wanted my program to allow them to interact in a way that was both fun and educational, ”says Effuah Chisholm, Branch Manager and Youth Services Librarian at Clarkston Library in Clarkston, Georgia. Clarkston Library is part of the DeKalb County Public Library System.

Chisholm’s program became—Hear Us: Teen Voices from Across DeKalb, a Zine created by teens in the library, from start to finish. The activity would sharpen their skills as photographers, artists, creative writers and graphic designers.

Eleven teens, most from Clarkston High, spent several hours in the library on many Saturdays over a period of four months to create their Zine. They received training from experts in photography, graphic design, mixed media arts and creative writing. With these new skills the teens took over and created the Zine they designed together.

“With our EJK Mini-Grant, we created a project that piqued teens’ interest enough for them to come to the library, even on weekends! Several teens were quiet at first, but they opened up and blossomed. They were completely committed to the project. They learned how to use graphic design software, did the writing, selected what to include, and designed the layout—everything from start to finish,” says Chisholm. One student says: “I had fun working on the Zine. I was happy to meet new people and teachers.
Thank you for this project!”

Founded by Ezra Jack Keats, one of America’s greatest children’sbook authors and illustrators, the Ezra Jack Keats Foundation fosters children’s love of reading and creative expression by supporting arts and literacy programs in public schools and libraries through the EJK Bookmaking Competition and Mini-Grant program; cultivates new writers and illustrators of exceptional picture books that reflect the experience of childhood in our diverse culture through the Ezra Jack Keats Book Award; and protects and promotes the work of Keats, whose book The Snowy Day broke the color barrier in children’s publishing.

The Snowy Day was adapted by Amazon as a holiday special, which earned two Daytime Emmys®, including Outstanding Preschool Children’s Animated Program; and was used as the subject of a set of Forever stamps
issued by and still available from the United States Postal Service. To learn more about the Ezra Jack Keats Foundation, visit www.ezra-jack-keats.org.