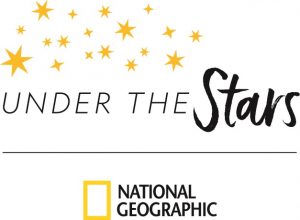 New series hailed by J.J. Abrams as “A fun, exciting and action-packed ride that kids will love”

A longtime leader in the children’s nonfiction world, National Geographic Kids Books will bring the same caliber of engaging, educational storytelling to the fiction world starting this fall, publishing under a new imprint called Under the Stars. Under the Stars will create fictional stories based on the research and adventures of National Geographic’s leading scientists, photographers and journalists. Publishing one fictional book series per year, the imprint will focus on one or more core National Geographic subjects, including geography, history, space, STEM, exploration and world cultures.

Under the Stars is already off to a buzzworthy start with its first title, “Explorer Academy: The Nebula Secret.” Part of a seven-book series, “Explorer Academy: The Nebula Secret” by Trudi Trueit (on sale Sept. 4, 2018; ISBN: 978-1-4263-3159-6; ages 8-12; $16.99) is filled with real-world science, code-breaking and a gripping narrative that follows 12-year-old Cruz, along with a diverse group of his fellow students, as he plunges into a world of critical missions while also having to turn in his homework on time.

“We’ve spent the last few years developing riveting fictional stories like ‘Explorer Academy’ for this new imprint,” said Erica Green, National Geographic Kids Books editorial director. “We hope the characters in these books will offer inspiration, by helping kids and adults alike ultimately want to explore and protect our planet. Each book published through Under the Stars will be steeped in fact and real-world investigation and will showcase characters and illuminate situations that embody our remarkably talented explorers and how they interact with the world.”

Like the Explorer Academy series, all other Under the Stars books will be primarily aimed at the middle grade (kids ages 8-12), with an emphasis on self-expression and an overarching message of the power of curiosity. Each book will work as a stand-alone publication, but will also be part of a transmedia experience, conceived and produced such that the characters and narrative arcs work on various platforms from print, to digital, to screens of all sizes.

“We hope to use these books to continue to carry forth our founders’ commitment to quality, innovative storytelling and bringing the world premium science, adventure and exploration,” said Jennifer Emmett, senior vice president of content for National Geographic Kids.

To get early access to the first chapter and learn more about Explorer Academy, visit http://www.nationalgeographic.com/explorer-academy/.

National Geographic Partners LLC (NGP), a joint venture between National Geographic and 21st Century Fox, is committed to bringing the world premium science, adventure and exploration content across an unrivaled portfolio of media assets. NGP combines the global National Geographic television channels (National Geographic Channel, Nat Geo WILD, Nat Geo MUNDO, Nat Geo PEOPLE) with National Geographic’s media and consumer-oriented assets, including National Geographic magazines; National Geographic studios; related digital and social media platforms; books; maps; children’s media; and ancillary activities that include travel, global experiences and events, archival sales, licensing and e-commerce businesses. Furthering knowledge and understanding of our world has been the core purpose of National Geographic for 130 years, and now we are committed to going deeper, pushing boundaries, going further for our consumers…and reaching millions of people around the world in 172 countries and 43 languages every month as we do it. NGP returns 27 percent of our proceeds to the nonprofit National Geographic Society to fund work in the areas of science, exploration, conservation and education. For more information visit natgeotv.com or nationalgeographic.com, or find us on Facebook, Twitter, Instagram, Google+, YouTube, LinkedIn and Pinterest.