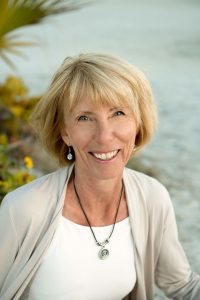 Of all the wonderful books you’ve written which is your favorite, and why?

My favorite published book for young readers has to be MOLLY, BY GOLLY! The Legend of Molly Williams, America’s First Female Firefighter.  Why?  Because her story really needed to be told.  I literally felt a chill run through me the moment I met Molly when researching historical firefighting methods in Dennis Smith’s History of Firefighting in America: 300 Years of Courage for another story. The author only mentioned her briefly, but those few facts inspired me to drop that project, and run with Molly.  I found more pieces of Molly’s story over the course of several years, as I researched…wrote…revised…then did it all over again.  My critique groups saw many, many drafts of

Molly Williams’ story as it evolved.  So did experts in the field of firefighting.  From the very beginning, I worked with curators at major fire museums to give me feedback on which firefighting methods and equipment to include in the story so that it would be as historically accurate as possible. What kept me going?  Bold, strong, and steadfast Molly herself.  I loved her spirit of jumping in with both feet when her neighbors needed a hand.  She continues to inspire me, and my hope is that she’ll inspire some young readers to be community helpers as well.

Have you ever read a book of yours after it’s been published and wanted to change something?

It’s never anything major, of course.  For example, I may have played with several word choices in a sentence throughout the writing process, and although the choice I’d made in the end works very well for the story’s structure and read-aloud appeal, my nit-picky internal editor is always happy to second-guess the author’s choice.  Sometimes, Isimply wish that there had been more pages available in the standard picture book format to allow the inclusion of more back matter, especially for my narrative nonfiction titles. I typically do a lot of research when writing a story with a strong curriculum tie-in, such as math or science.  For example, when writing a picture book about a mother and son collecting shells on the beach, learning a bit about the ocean and sea life along the way, I amassed a ton of ‘fun facts’ which would have been fun to share with kids right there at the back of the book after the story had finished.  In the end, the top ten did make it into the back matter, which was a beautifully-illustrated double-page spread that couldn’t have been created if we’d tried to share any more facts, but darn! It was hard to choose.

As an award-winning author of picture books and early readers for more than 15 years, have you ever thought about writing for other age levels/genres, and if so, please describe what type of book you’d like to write?

Yes, naturally a writer wants to tell a variety of stories in a lifetime, and not all of those stories will be ones appropriate for the picture book format and youngest readers.  Over the past three years, I’ve been juggling the writing of two novels between picture book projects.  One is a middle grade historical fiction novel about a young boy growing up in a small Lenni Lenape tribe in the Delaware Valley, in the early seventeenth century when Europeans were just beginning to enter Native American land and settle there.  My passion for writing is matched by a love of research and researching the Lenni Lenape tribal culture has been fascinating.  The other project is a contemporary, paranormal novel for young adult readers, in which twin teens struggle to adjust to the ‘new normal’ after a tragic car accident has wounded one and given psychic gifts to another.  There’s also unexpected help from another dimension.  This has been so much fun to plot and write….stay tuned!

About Dianne Ochiltree
Dianne Ochiltree is a nationally recognized author of books for young readers, many of which have appeared on ‘best of’’ reading lists, been featured in book clubs, and been translated into foreign language editions. Her recent titles include: Molly, by Golly! The Legend of Molly Williams, America’s First Female Firefighter (Calkins Creek/Boyds Mills Press), It’s a Seashell Day and It’s a Firefly Night (Blue Apple Books). Dianne is also a writing and publishing coach for aspiring children’s writers as well as a workshop presenter. Dianne and her husband live by the beach in sunny Sarasota, Florida. Connect with Dianne: http://dianneochiltree.com/