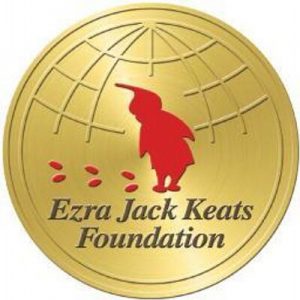 Nearly $970,000 Given Directly to Educators at Public Schools and Libraries Across the Country

Teaching Team in Ellisville, MO, Uses An EJK Mini-Grant to Develop a Novel Engineering Program Based on Keats: The Snowy Day

NEW YORK—October 16, 2017—The Ezra Jack Keats Foundation, which fosters children’s love of reading and creative expression in our diverse culture, celebrates the 30th year of its Mini-Grant program with a call for proposals.

Approximately 60 grants of up to $500 each will be awarded to qualifying teachers and librarians in public schools and libraries across the country. Applications are being accepted now, and the deadline for submissions is March 31, 2018. Decisions will be emailed to all applicants in May, allowing educators to plan for the next academic year.

“What an honor to award Mini-Grants to teachers and librarians who work to enrich the standard curriculum. For 30 years now, we have supported the vision of the most innovative teachers, who in the spirit of Ezra Jack Keats inspire students to read joyfully, think creatively and support one another unconditionally,” says Deborah Pope, Executive Director of the Ezra Jack Keats Foundation. “I encourage all educators who want to put their new ideas into action to go online and fill out the application.”

Since 1987, the Ezra Jack Keats Foundation has provided nearly $970,000 in support of Mini-Grant programs spanning the 50 states and U.S commonwealths. To learn more about Mini-Grants, including this year’s criteria, visit Ezra Jack Keats Mini-Grants.

The Foundation welcomes Mini-Grant proposals focusing on any subject. Last year, however, in honor of Ezra’s centennial, teachers and librarians were invited to design programs that celebrated some aspect of Ezra Jack Keats’ books and his vision of childhood.

The following is an example of an outstanding 2016 Ezra Jack Keats Mini-Grant program, which challenged students to problem-solve using their “S.T.E.M. skills”…and their imaginations.

A “Novel” Idea: Middle Schoolers Put Language Arts and Math Skills to Use to Help The Snowy Day’s Peter Navigate Through the Snow

An Ezra Jack Keats Mini-Grant made it possible for a teaching team at Crestview Middle School in Ellisville, MO, to buy supplies for a “novel engineering” program based on Keats’ The Snowy Day. Students were asked to read the book, identify a challenge faced by Peter, the main character, and find a solution using their S.T.E.M. skills. Pictured are three members of the winning team (R) and their “solution” (L)—a dual-purpose invention called “Snow Shoes and Snowball Slingshot.”

Forty 8th-graders at Crestview Middle School in Ellisville, MO, were asked to read Ezra Jack Keats’ beloved classic The Snowy Day and identify challenges that the main character, a little boy named Peter, encounters as he sets out to play in the snow. They were then asked to use math and science to help Peter overcome these obstacles.

This “novel engineering” program was developed by Kristin Hancock, language arts teacher, and Liz Buesteton, math teacher, who taught both subjects together in one class.

“The Ezra Jack Keats Foundation Mini-Grant covered all of the supplies we needed to make the program possible for our students. We could not have given our students this engaging opportunity without the grant,” says Buesteton. The students worked in teams to “build” their solutions, using such “equipment” as straws, cups, popsicle sticks and spoons. Each finished project actually functioned!

“Students rarely think of math and language arts as being compatible skills, but novel engineering challenges them to analyze conflicts in a story and create real-world solutions,” says Hancock. “The students were engaged, focused, competitive and supportive of each other. As teachers, we were able to see a side of their creativity that we do not get to see on a daily basis.”

First prize was awarded to the group of “engineers” who created “Snow Shoes and Snowball Slingshot,” a dual-purpose invention. The students fashioned snowshoes using small cups, popsicle sticks and cotton balls to keep Peter’s feet warm, and formed the slingshot with an overturned cup, straws, popsicle sticks, rubber bands and a plastic spoon.

Second prize went to the creators of a “Snowball Launcher/Shield,” who turned paper plates, plastic spoons, tape, pipe cleaners, rubber-bands, cups, and cotton balls into a gadget that lobs snowballs for Peter while also protecting him from being hit.

Founded by the late Caldecott award-winning children’s book author and illustrator Ezra Jack Keats, the Ezra Jack Keats Foundation fosters children’s love of reading and creative expression by supporting arts and literacy programs in public schools and libraries; cultivating new writers and illustrators of exceptional picture books that reflect the experience of childhood in our diverse culture; and protecting and promoting the work of Keats, whose book The Snowy Day broke the color barrier in children’s publishing.

Recently, The Snowy Day was adapted by Amazon as a holiday special, which earned two Daytime Emmys®, including Outstanding Preschool Children’s Animated Program; and is the theme of a set of Forever stamps issued by the United States Postal Service. To learn more about the Ezra Jack Keats Foundation, visit www.ezra-jack-keats.org.  Keats. Imagination. Diversity.
—