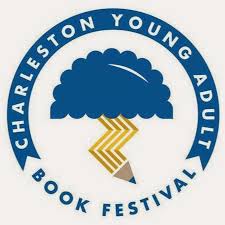 CHARLESTON , S.C.  June 29, 2017 — For two glorious days in November, Charleston gets turned over to thousands of young book lovers. You’ll recognize them by the crates of books they wheel up and down historic King Street in search of their favorite authors, who not only sign books but gamely pose for pictures and provide plenty of opportunities for their fans to interact with them. Last year the festival drew over 13,000 rabid young adult and middle grade readers on a single Saturday.

YALLFest is excited to announce that bestselling author, accomplished comedy writer, and screen star Jason Segel will be spotlighted along with his co-author Kirsten Miller. Their bestselling series Nightmares! has engaged young readers with fabulous tales of nighttime terrors, and the latest installment, Everything You Need to Know about Nightmares and How to Defeat Them, promises to help kids fight those fears. The authors will be speaking about their stories at a ticketed event on Saturday, Nov. 11. Tickets will go on sale in August.

Another keynote conversation will take place between bestselling authors Marissa Meyer (Heartless, Lunar Chronicles) and Cassandra Clare (Lord of Shadows, the Shadowhunters series). Meyer’s next book Renegades will be released on Nov. 7, just days before the festival. To mark the occasion, her publisher and YALLFest sponsor Macmillan Fierce Reads will be giving away a $1,500 travel voucher for a fan and a friend to travel to Charleston. The winner will also receive tickets to all Fierce Reads-sponsored events and a front row seat at Marissa’s keynote with Cassandra and even be invited to welcome fans to the Renegades at a special celebration. Fans can register to win from July 7 to August 25 at JointheRenegades.com.

Two-time Carnegie Medal winning author Patrick Ness (A Monster Calls) will be flying in from London to take part in the fun and will be featured in a ticketed Opening Keynote conversation about his newest novel for teens, Release, with New York Times best-seller Renée Ahdieh. Ahdieh will be on hand to share her latest historical fantasy, A Flame in the Mist, which is leaving readers breathless the world over.

One of the biggest young adult debuts of 2017 is Angie Thomas’ The Hate U Give, a story about racial violence told through the eyes of a teenage African-American heroine. The book has been on the NY Times Bestseller list since February. Angie will team up with Becky Albertalli, whose debut Simon vs. the Homo Sapiens Agenda also dealt with a realistic theme in its hero’s coming-out drama and is currently being made into a movie.

Keynote talks and featured events require tickets, which go on sale August 1, 2016. Other panels and signings are free and generally require fans to stand in line, first-come first-served. The full author roster will be announced in August when tickets go on sale.

The YALLFest 2017 programming committee is made up of Board members Brendan Reichs (Nemesis), Veronica Roth (Divergent), Kami Garcia (The Lovely Reckless), and C. Alexander London (Wild Ones). YALLFest was cofounded by Jonathan Sanchez (owner of Charleston’s Blue Bicycle Books), Margaret Stohl (Black Widow: Forever Red), and Garcia. Melissa de la Cruz (Alex & Eliza) serves as development director. Other YA writers on the YALLFest board include Pseudonymous Bosch (The Name of This Book is Secret). De la Cruz and Stohl are also the cofounders of YALLFest’s popular sister festival, YALLWEST, held in the spring in Santa Monica, Calif.

YALLFest’s mission is to improve literacy through great YA literature and, via an outreach program with the Charleston County School District, puts visiting authors in local schools to connect directly with young readers and spread their love of words and books.