Home > Blog > Here are the Finalists for…

Here are the Finalists for the 2017 Children’s and Teen Choice Book Awards! 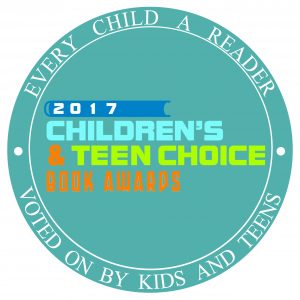 The seven finalists in each of the four categories for the 10th Annual Children’s and Teen Choice Book Awards, the only national books awards voted on only by children and teens, are:

DON’T WAKE UP THE TIGER, by Britta Teckentrup (Candlewick/Nosy Crow)

THE THANK YOU BOOK, by Mo Willems (Disney-Hyperion)

THE ANT AND THE GRASSHOPPER, by Carl Sommer; illus. by Ignacio Noe (Advance Publishing)

DUCK ON A TRACTOR, by David Shannon (Scholastic/Blue Sky)

THE HOLE STORY OF THE DOUGHNUT, by Pat Miller; illus. by Vincent Kirsch (HMH Books for Young Readers)

ONCE UPON AN ELEPHANT by Linda Stanek; illus. by Shennen Bersani (Arbordale Publishing)

TEEN BOOK OF THE YEAR FINALISTS

A COURT OF MIST AND FURY, by Sarah J. Maas (Bloomsbury Children’s Books)

THE CROWN, by Kiera Cass (HarperCollins)

THE SUN IS ALSO A STAR, by Nicola Yoon (Random House)

THIS IS WHERE IT ENDS, by Marieke Nijkamp (Sourcebooks Fire)

A TORCH AGAINST THE NIGHT, by Sabaa Tahir (Penguin Young Readers)

The children’s award finalists were chosen in pre-voting by 36,000 children from different regions of the U.S., with supervision by the International Literacy Association. Teens nominated their favorite books of the year at TeenReads.com, and their top picks are the Teen Choice Book Award finalists.

Voting for the awards will be open online at Every Child a Reader from March 3 – May 7, 2017. Teachers, librarians, and booksellers can also collect group or classroom votes to enter online. Voting will be managed by DOGObooks.com, a leader in the children’s book field.

The winning authors and illustrators will be announced on May 31st at a special ceremony at Book Expo featuring the National Ambassador for Young People’s Literature, Gene Luen Yang, and newly-designed award stickers will be distributed to bookstores, libraries and schools across America.