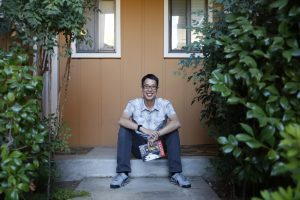 Below are five of Yang’s favorite books for the season:

We can’t move forward as a species without some sort of respect for diversity. One of the main strengths of books, especially of fiction, is building empathy. To read about people who don’t look like you is a way of building empathy for people who are different from you. (The Washington Post)