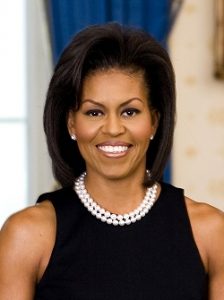 New York, NY – On January 10, 2017, Penguin Young Readers will publish What’s the Big Deal About First Ladies, written by Ruby Shamir and illustrated by Matt Faulkner. Aimed at readers ages 4-8, this colorful and fact-filled picture book introduces young readers to the women who occupied the White House alongside this country’s forty-four presidents. The book will also reference our new first spouse, following the 2016 election.

Filled with fun, kid-friendly facts that bring each first lady to life on the page, this picture book written by a member of a former first lady’s staff, shows us just how much our nation’s first ladies have accomplished, from Martha Washington to Michelle Obama. In addition to being hostesses, ambassadors, activists, educators, historians and role-models, each first lady put her own stamp on the White House and her husband’s presidency.

Kids will learn that Mary Todd Lincoln played a huge role in fighting to end slavery, and that Edith Wilson decoded secret messages from our allies during World War I! They’ll also discover some of these women’s quirkier sides. Did you know that Grace Coolidge had a pet raccoon? Or that Dolley Madison loved oyster ice cream?

“I’m so excited to offer young readers a window into the important contributions this diverse array of patriotic women have made to our culture and history.  Even when women’s opportunities were hampered by custom or law, America’sfirst ladies turned an ill-defined, very public role into an opportunity to serve our country and shine a spotlight on our finest ideals.”

Following in the footsteps of Judith St. George and David Small’s So You Want to Be President?, this first book in a new series features fun, kid-friendly facts about America’s first ladies and shows young readers just why they’re such a big deal.

Author Ruby Shamir (www.rubyshamir.com) is a writer and literary researcher based in New York City. She aided in the researching and editorial planning of many high profile non-fiction titles. Ruby’s public policy and political experience includes working for three and a half years at the White House, two of which she served in the First Lady’s office, and leading Hillary Rodham Clinton’s New York Senate office. Ruby holds a Master’s in Business Administration from the Zicklin School of Business at Baruch College and a Bachelor of Arts from Bates College where she graduated cum laude. She lives with her husband and three children in the Bronx.

Matt Faulkner (www.mattfaulkner.com) is an award-winning children’s book author and illustrator who graduated from the Rhode Island School of Design. With 39 illustrated books to his credit, Matt enjoys working on projects both historical and fantastical in nature (and he concentrates very hard not to get them confused). His most recent graphic novel GAIJIN: AMERICAN PRISONER OF WAR (Disney/Hyperion) won the Asian/Pacific ALA award for 2015. He is married to author and children’s librarian, Kris Remenar. They worked together to create the delightful picture book GROUNDHOG’S DILEMMA (Charlesbridge). They live with their two kids and two cats in the lower right hand corner of Michigan.