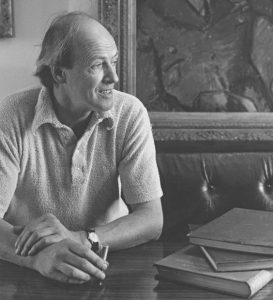 Born in Wales to Norwegian parents, Dahl spent his early years in Llandaff. After receiving his boarding school education, Dahl traveled the world through his work at Shell Oil. He saw more of the world while serving in World War II as a fighter pilot. Following an injury, Dahl was transferred to Washington, DC, where he began to develop his writing career.

Dahl went on to pen some of the best loved children’s books of our time, including James and the Giant Peach, Charlie and the Chocolate Factory, and Matilda. His flare for the fantastic and macabre continue to inspire readers of all ages.