Dr. Seuss’s The Cat in The Hat Tosses Red and White Stovepipe Hat in the Ring for 2016 Presidential Election, as the Kids’ Candidate 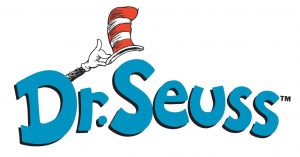 New York, NY — Dr. Seuss’s beloved character the Cat in the Hat has declared his candidacy for president of the United States in the 2016 election, as the one and only Kids’ Candidate, with Thing 1 and Thing 2 as his running mates, it was jointly announced today by Dr. Seuss Enterprises (DSE) and Random House Children’s Books (RHCB). A special announcement and rally is taking place on the steps of the childhood home of Theodor Geisel (aka Dr. Seuss) in Springfield, MA, at 74 Fairfield Street. The Cat in the Hat’s official campaign video announcement can be viewed here.

The Cat in the Hat, in his presidential campaign, will represent all that Dr. Seuss believed about children—that they have the intellect, imagination, and power to impact our world positively, while also having fun. The announcement of the Cat in the Hat for President campaign (CatInHat4Prez.com, #CatInHat4Prez, @catinhat4prez) arrives with the release of a new book in The Cat in the Hat Learning Library, ONE VOTE, TWO VOTES, I VOTE, YOU VOTE (On sale July 26, 2016 / Ages 5–8 / Random House Books for Young Readers). In the latest addition to this collection of nonfiction books for beginning readers, the Cat in the Hat uses simple rhyme to introduce early readers to the concept and practice of voting, with a focus on the American presidency. Readers learn the basic principles of democracy, how political parties are made, why Election Day is held in early November, and much, much more.

Choose a Cause and Cast Your Vote Beginning July 26!

As the Kids’ Candidate, the Cat in the Hat will show kids that every vote counts, and every voice matters! Votes can be cast for the Cat in the Hat to work with one of his supporters and their selected cause. Each cause is linked to a related organization, and together Random House Children’s Books and Dr. Seuss Enterprises will make a $10,000 donation to the winning charity. The ballot includes the opportunity for kids to:

Casting a Vote in the Cat in the Hat for President Campaign!

Children can vote for the Cat and their preferred cause by sending a ballot slip to Random House Children’s Books. Ballots can be downloaded and printed at home from the campaign headquarters, CatInHat4Prez.com, or picked up in participating retailers across the country or from participating educators this fall. Voting will run from July 26, 2016, through November 8, 2016, and the winning charity will be announced on December 1, 2016.

“We are absolutely delighted to share this exciting news today, and we know that Dr. Seuss would be thrilled to see the Cat in the Hat encouraging children nationwide to exercise their voice and learn about the importance of voting while having fun—and most important carrying out a belief in kids that was so important to him throughout his career,” says Susan Brandt, President, Licensing and Marketing, Dr. Seuss Enterprises L.P.

“Just as the Cat introduced children to the joy of reading—opening up for them a world of ideas—he is now introducing children to the concept of voting in a way that is both informative and fun, in One Vote, Two Votes, I Vote, You Vote—and I know Dr. Seuss would be pleased to see children working with the Cat and his other characters to make positive changes in their world,” says Cathy Goldsmith, President & Publisher of Random House’s Beginner Books line and Dr. Seuss publishing program.

Every Voice Matters—a Campaign Inspired by Dr. Seuss Himself!

Over the course of his career, Dr. Seuss wrote and illustrated books for children that empowered them to believe in their voice and place in the world. His books include such words as “A person’s a person, no matter how small.” (Horton Hears a Who!); “You have brains in your head, you have feet in your shoes. You can steer yourself any direction you choose.” (Oh, the Places You’ll Go!); “Unless someone like you cares a whole awful lot, nothing is going to get better. It’s not.” (The Lorax); and “I know, up on top you are seeing great sights, But down here at the bottom, we, too, should have rights.” (Yertle the Turtle and Other Stories). The Cat in the Hat for President campaign celebrates this prevalent theme in Dr. Seuss’s books and his commitment to it.

Random House Children’s Books is supporting the Cat in the Hat in this year’s election with a major national marketing and publicity campaign, including participation from retailers nationwide, educator outreach to schools and libraries across the country, and event appearances for the candidate himself! For more information and to cast your vote, visit CatInHat4Prez.com.

ONE VOTE, TWO VOTES, I VOTE, YOU VOTE / By Bonnie Worth; Illustrated by Aristides Ruiz and Joe Mathieu

Theodor “Seuss” Geisel is quite simply one of the most beloved children’s book authors of all time. His long list of awards includes Caldecott Honors for McElligot’s Pool, If I Ran the Zoo, and Bartholomew and the Oobleck, the Pulitzer Prize, and eight honorary doctorates. Works based on his original stories have won three Oscars, three Emmys, three Grammys, and a Peabody. Geisel wrote and illustrated 45 books during his lifetime, and his books have sold more than 650 million copies worldwide. Though Theodor Geisel died on September 24, 1991, Dr. Seuss lives on, inspiring generations of children of all ages to explore the joys of reading. For more information about Dr. Seuss and his works, visit Seussville.com.

Conservation International (CI) uses an innovative blend of science, policy, and partnerships to protect the nature people rely on for food, fresh water, and livelihoods. Founded in 1987, CI works in more than 30 countries on six continents to ensure a healthy, prosperous planet that supports us all. Learn more about CI and the Nature Is Speaking campaign, and follow CI’s work on Facebook, YouTube, and Instagram.

First Book is a nonprofit social enterprise that has distributed more than 150 million books and educational resources to programs and schools serving children from low-income families throughout the United States and Canada. By making new, high-quality books and educational resources available on an ongoing basis, First Book is transforming the lives of children in need and elevating the quality of education. For more information, please visit firstbook.org or follow the latest news on Facebook and Twitter.

About Feed the Children

Oceana is the largest international advocacy group working solely to protect the world’s oceans. Oceana wins policy victories for the oceans using science-based campaigns. Since 2001, we have protected over 1.2 million square miles of ocean and innumerable sea turtles, sharks, dolphins, and other sea creatures. More than 550,000 supporters have already joined Oceana. Global in scope, Oceana has offices in North, South, and Central America and Europe. To learn more, please visit oceana.org.

Founded in 2006, PACER’s National Bullying Prevention Center actively leads social change so that bullying is no longer considered an accepted childhood rite of passage. PACER provides innovative resources for students, parents, educators, and others, and recognizes bullying as a serious community issue that impacts education, physical and emotional health, and the safety and well-being of students.