Scholastic Announces Contest to Discover the Next Graphix Author-Artists 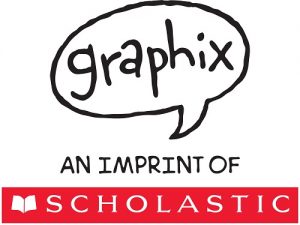 San Diego, CA — Scholastic, the global children’s publishing, education, and media company, has announced a contest to find talent to debut on its acclaimed Graphix imprint for children and teen readers. Graphix focuses on creator-driven books that bring exceptional art, rich content, and strong storytelling to realistic fiction, memoir, fantasy, and more. The Graphix imprint is committed to finding and championing new voices in the children’s graphic novel space. This contest will seek submissions from debut comic artists who are U.S. residents, 18 years or older, and who are unpublished and not currently under contract to publish a book with another publisher. Up to five winning entries will be selected to receive an offer to publish their work with Graphix and a $15,000 advance. The full contest rules and submission requirements, including information about what the Graphix editorial team looks for in manuscript proposals, can be found at the contest’s dedicated website: www.Scholastic.com/GraphixContest. NO PURCHASE NECESSARY. Void where prohibited.

“This search will expand our outreach beyond those already involved in the publishing world, giving us the opportunity to welcome new, innovative, diverse talent to our Graphix list,” said David Saylor, Vice President Creative Director, Trade Publishing, and founder and Editorial Director of Graphix. He added, “We look forward to receiving a variety of submissions across all genres, with strong storytelling and engaging art. Graphix is committed to publishing the next generation of graphic novels created just for kids and teen readers, and this nationwide contest is an exciting new way to attract submissions to the Graphix list.”

To help promote awareness of the contest, the Graphix editors will attend various conventions throughout the U.S. leading up to the April 1, 2017 deadline. They will appear on panels alongside some of the top graphic novelists published by Graphix. The first stop is San Diego Comic-Con on Friday, July 22nd at 12:30PM at the San Diego Convention Center in room 24ABC. The panel, titled You Can Be the Next Scholastic Graphix Artist, will feature bestselling and award-winning comics creators including: Jeff Smith, whose color editions of his epic BONE series launched Graphix in 2005; Raina Telgemeier, the #1 New York Times bestselling creator of the Eisner-winning Smile and Sisters; and debut author/illustrator Ru Xu, whose full-color graphic novel NewsPrints will be published by Graphix on January 31, 2017. Joining these talented graphic novelists in San Diego will be Graphix founder and Editorial Director David Saylor, Senior Editor Cassandra Pelham, and Editor Adam Rau to discuss what they look for when acquiring new work.

Submissions will be accepted via the dedicated website through April 1, 2017 and up to five winning entries will be announced on or about June 20, 2017.

About Graphix
In 2005 Scholastic launched Graphix with the publication of the full-color edition of BONE #1: Out from Boneville. Graphix is dedicated to publishing engaging, age-appropriate graphic novels for children and teens. Supported by librarians, teachers, and most important, kids, Graphix titles have become bestsellers around the globe and continue to receive awards and critical acclaim including multiple Eisner Award wins and nominations, a Stonewall Book Award Honor (Drama), a Boston Globe-Horn Book Award Honor (Smile), an Edgar Allan Poe nomination (The Lost Boy), and 20 New York Times bestsellers to date.