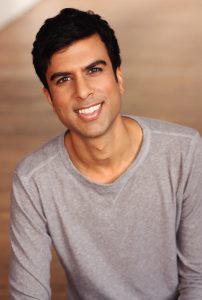 New York, NY — Today, HarperCollins Publishers announced that an additional fourth novel in the bestselling School for Good and Evil series will be published in Summer 2017, and a companion storybook (untitled at the moment) will be published in Summer 2018. Antonia Markiet, Senior Executive Editor at HarperCollins Children’s Books negotiated the deal for World Rights with Peter Knapp of New Leaf Literary & Media, Inc.

THE SCHOOL FOR GOOD AND EVIL: QUESTS FOR GLORY will pick up right where THE SCHOOL FOR GOOD AND EVIL: THE LAST EVER AFTER left off. Readers will find out what happened to many of their favorite characters after they graduated and stepped out into the world to attain fairy tale glory or fade into obscurity. The untitled storybook will be a collection of fairy tales with a School for Good and Evil spin.

“We are so thrilled to expand the rich world that Soman has created with this exciting fourth novel and then the upcoming storybook,” Markiet said, “we know his fans will love QUESTS FOR GLORY and enjoy the behind the scenes look at the fairy tale stories they’ll discover in the storybook”

“I can’t wait to show readers what happens once students graduate from the School for Good and Evil and embark on their quests in never-before-seen kingdoms across the Endless Woods,” Chainani said, “They’ll not only get to see their favorite Evers and Nevers in action once more, but also see that the fairy tale world is bigger, better — and more dangerous — than they ever imagined.”

To prime the market for this exciting publication, THE SCHOOL FOR GOOD AND EVIL: THE EVER NEVER HANDBOOK goes on-sale this summer on July 12, 2016. This handbook contains the scoop students need in order to get to the top of their class—the fairy tales you need to know, the myths it’s dangerous not to know, spells you won’t live without and much more. It’s the perfect entry point for readers who haven’t read the series yet, and has brand new content for existing fans. And of course, it’s all in glorious color because in the School for Good and Evil, nothing is black and white.

Since going on-sale in 2013, The School for Good and Evil series has sold more than half a million copies and has been sold into 23 countries across 6 continents. This summer, the New York Public Library is recommending THE SCHOOL FOR GOOD AND EVIL as one of its summer reading series picks for high-schoolers: https://www.nypl.org/events/summer/reading-challenge/book-list-6. Universal Pictures snapped up movie rights and powerhouses Joe Roth (Maleficent, Snow White and the Huntsman) and Jane Startz (Tuck Everlasting, The Indian in the Cupboard) will produce the film adaptation.

ABOUT THE AUTHOR:
Soman Chainani believes in fairy tales wholeheartedly. When studying at Harvard, he practically created his own fairy-tale major. He is an acclaimed screenwriter and a graduate of the MFA Film Directing Program at Columbia University. His films have played at more than 150 film festivals around the world, and his writing awards include an honor from the Sun Valley Writers’ Conference. He lives in New York City. You can visit him online at www.somanchainani.net.