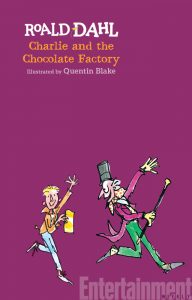 The redesigned hardcovers will hit bookstores on September 6, 2016!

The new book covers are a part of a year-long celebration of Dahl by Penguin Young Readers and the Roald Dahl Literary Estate called “Roald Dahl 100.” Other events coming up include Steven Spielberg’s release of the big-screen adaptation of The BFG on July 1, the release of a Roald Dahl dictionary in September, and a nationwide celebration in libraries and bookstores for Dahl’s birthday. (Entertainment Weekly)