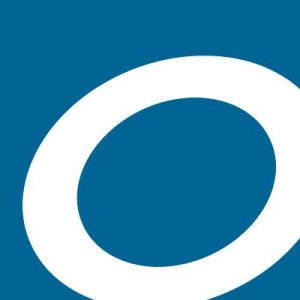 01Portland, ME — The SYNC Audiobooks for Teens program, sponsored by AudioFile Magazine and powered by OverDrive, kicks off its seventh year with an exciting lineup that includes bestselling and award-winning authors such as Chinua Achebe, M.T. Anderson, Laura Ruby, Andrew Smith, David Levithan, and Tamara Ireland Stone. SYNC gives away two FREE audiobook downloads every week each summer. In 2016, 30 titles will be given away over 15 weeks starting May 5th. Teens, librarians, club leaders, and educators may sign up for email or text alerts and can learn more at www.audiobooksync.com.

SYNC creates weekly thematic pairings of or award-winning Teen-focused titles mixed with classics and frequently assigned reading to encourage access to fine books and performances, as well as listening skills required for literacy. During the summer of 2015, the SYNC program gave away more than 129,000 downloads to 41,000 participants.

“We are so pleased by the number of participating publishers who have provided such an exciting list of titles. Teens everywhere will be enticed to try an audiobook this summer,” says AudioFile Magazine Founder Robin Whitten.

Any individual may participate by downloading the OverDrive App to their device of choice and returning to the SYNC website each Thursday after 7am Eastern Time to download the new audiobook pair for the week. The program is starting even earlier in 2016 to assist teachers and school librarians with getting students in the habit of taking advantage of SYNC before they head out for summer break. With the continued discussions of “Summer Slide,” SYNC helps to keep teens engaged and stimulated throughout the summer. Public librarians have also successfully utilized SYNC as part of their summer reading programs.

DIVINE COLLISION: AN AFRICAN BOY, AN AMERICAN LAWYER, AND THEIR REMARKABLE BATTLE FOR FREEDOM by Jim Gash Narrated by Brandon Batchelar (Oasis Audio)

THE OMNIVORE’S DILEMMA: THE SECRETS BEHIND WHAT YOU EAT (YOUNG READERS EDITION) by Michael Pollan Narrated by MacLeod Andrews (Listening Library)

AudioFile is the #1 source in the world for audiobook reviews with over 37,000 titles professionally reviewed. Nearly 400 new audiobooks are reviewed every 60 days. AudioFile features narrator and author profiles and awards exceptional performances with the coveted Earphones Award. www.AudioFileMagazine.com

OverDrive is the leading digital distribution platform, supplying the industry’s largest catalog of eBooks, audiobooks, streaming video and periodicals to 34,000 libraries, schools and retailers worldwide. Founded in 1986, OverDrive is based in Cleveland, Ohio USA and is owned by Tokyo-based Rakuten. www.overdrive.com