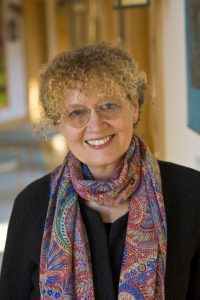 SANTA MONICA, CA and VANCOUVER, BC — Continuing to expand its portfolio of brands and franchises, Lionsgate (NYSE:LGF), a premier next generation global content leader, has acquired the rights to the Magic Tree House book series, it was announced today by Lionsgate Motion Picture Group Co-Chairs Rob Friedman and Patrick Wachsberger. The Company is developing multiple live-action films to be released by Lionsgate’s Summit Entertainment label that are based on the adventures chronicled in the 54-volume Magic Tree House collection, one of the most beloved and recognizable children’s brands in the world. Award-winning author Mary Pope Osborne will executive produce along with her husband, Will Osborne.

The Magic Tree House franchise has sold over 130 million books, been translated into more than 35 languages and even spawned a successful musical on its way to worldwide acclaim. The series, which chronicles the adventures of brother and sister Jack and Annie after they discover a mysterious tree house and find a collection of books that transports them through history, has earned acclaim from diverse groups including the American Booksellers Association and the National Council of Teachers of English. Published by Random House Children’s Books, the most recent installment of the 54-volume series was released last month. The series has taught millions of children the joys of reading and is perennially at the top of national bestseller lists.

Will Osborne and Jenny Laird have written the script for the first installment, based primarily on Book 29, Christmas in Camelot. In the movie, Jack and Annie rediscover the tree house after having outgrown it and are summoned to Camelot to be its saviors.

“We’re always looking for magical worlds to expand into potential motion picture franchises, and this is an iconic property that is beloved and recognizable around the world,” said Lionsgate Motion Picture Group Co-President Erik Feig. “The Magic Tree House books have been cherished by generations of readers, including my own children. We’re thrilled to bring the genius of Mary Pope Osborne’s iconic stories to the screen for their tens of millions of fans and to introduce a whole new audience to their magic.”

“Lionsgate has an impressive reputation for working closely with content creators, respecting and protecting their vision, and making them part of the creative process,” said Osborne. “I’m thrilled to have partnered with them on bringing the Magic Tree House books to life in a series of films that kids, parents and grandparents will all get to enjoy together.”

“Mary Pope Osborne’s Magic Tree House series has impacted the way children learn to read in an extraordinary way, and she has sparked a lifelong love of reading in millions of children over the course of nearly 25 years,” says Barbara Marcus, President & Publisher, Random House Children’s Books. “We are so pleased to see that Mary’s magical storytelling will continue on in a new form, opening up worlds of adventure to new generations of readers.”

Its feature film business has been fueled by such successes as the blockbuster Hunger Games franchise, the first two installments of the Divergent franchise, Sicario, The Age of Adaline, CBS/Lionsgate’s The DUFF, John Wick, Now You See Me, Roadside Attractions’ Love & Mercy and Mr. Holmes, Lionsgate/Codeblack Films’ Addicted and Pantelion Films’ Instructions Not Included, the highest-grossing Spanish-language film ever released in the U.S.

Lionsgate’s home entertainment business is an industry leader in box office-to-DVD and box office-to-VOD revenue conversion rates. Lionsgate handles a prestigious and prolific library of approximately 16,000 motion picture and television titles that is an important source of recurring revenue and serves as the foundation for the growth of the Company’s core businesses. The Lionsgate and Summit brands remain synonymous with original, daring, quality entertainment in markets around the world. www.lionsgate.com.