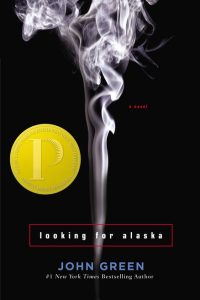 CHICAGO, IL – Libraries are not just about what they have for people, but what they do for and with people. With communities still recovering from the Great Recession, academic, school and public libraries continue to transform and shift resources and services to  meet the needs of tech-savvy patrons.

This and other library trends of the past year are detailed in the ALA’s 2016 State of America’s Libraries report, released today in recognition of National Library Week, April 10 – 16, 2016.

The report shows that libraries of all types add value in five key areas – education, employment, entrepreneurship, empowerment and engagement. Local and national studies cited within the report show that libraries are advancing multiple literacies and fostering a digitally inclusive society.

Administrators are looking to school librarians to help them digitize education and lead blended learning activities in schools, thus bringing equity, connectivity and personalization to instruction.

The value of certified school librarians continues to grow as administrators and teachers seek education resources to better serve tech-savvy students. For example in 2010 only 35 percent of school librarians indicated they were acquiring digital content. By 2015, that number had increased to 69 percent. This trend is reflected across a variety of formats, particularly databases, ebooks, periodicals, videos and games.

Libraries continue to strive to support digital equality.  Multiple studies increasingly point to the fact that individuals from lower socioeconomic backgrounds do not have equal access to high-speed Internet, digital tools, or opportunities to learn how to use digital resources. As a result, they are less able to compete for 21st century careers, participate fully in civic engagement or even advance their own personal learning and interests.

Regardless of format, digital or print, the report shows that collections within school and public libraries continue to be challenged. A challenge is defined as a formal, written complaint filed with a library or school requesting that a book or other material be restricted or removed because of its content or appropriateness.

In July 2015, a Harris poll on attitudes about book banning and school libraries revealed that out of the 2,244 US adults who participated, the percentage (28 percent) who felt that certain books should be banned increased by more than half since the previous survey (18 percent) conducted in 2011.

Book challenges recorded by ALA’s Office for Intellectual Freedom (OIF) reveal that attempts to remove materials with diverse content are higher than ever before.

The Top Ten Most Challenged Books of 2015 were:

For a complete list of reasons and additional information and infographics regarding the 2015 Top Ten List of Most Challenged Books are available at http://bit.ly/americas-libraries.

Other 2016 State of America’s Libraries report findings include:

The full text of the 2016 State of America’s Libraries report is available at http://bit.ly/americas-libraries.

The American Library Association (ALA), the voice of America’s libraries, is the oldest, largest, and most influential library association in the world. Its approximately 58,000 members are primarily librarians but also trustees, publishers, and other library supporters. The Association represents all types of libraries; its mission is to promote the highest-quality library and information services and public access to information.