HarperCollins To Offer To Kill a Mockingbird Price Promotion For Schools 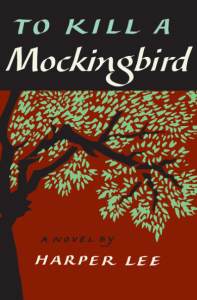 New York, NY — HarperCollins Publishers today announced a special price promotion on Harper Lee’s To Kill a Mockingbird for U.S. accounts that sell directly to schools in the United States. The promotion will be offered on the trade paperback version ($14.99, ISBN: 9780060935467), and will enable K-12 schools in the U.S. to effectively purchase the book based on an $8.99 cover price. Since its publication in 1960, To Kill a Mockingbird has played an important role in American classrooms—inspiring generations of students.

“We are happy that schools will be able to acquire our trade edition of To Kill a Mockingbird—a superior reading experience, with its larger trim size and greater durability—at the lower price they have become accustomed to,” said Michael Morrison, President and Publishers of U.S. General Books and Canada.

The promotion will go into effect on April 27, 2016. Accounts that need additional information can contact their HarperCollins sales representative.

About HarperCollins
HarperCollins Publishers is the second largest consumer book publisher in the world, with operations in 18 countries. With nearly two hundred years of history and more than 120 branded imprints around the world, HarperCollins publishes approximately 10,000 new books every year in 17 languages, and has a print and digital catalog of more than 200,000 titles. Writing across dozens of genres, HarperCollins authors include winners of the Nobel Prize, the Pulitzer Prize, the National Book Award, the Newbery and Caldecott Medals and the Man Booker Prize. HarperCollins, headquartered in New York, is a subsidiary of News Corp (NASDAQ: NWS, NWSA; ASX: NWS, NWSLV) and can be visited online at corporate.HC.com.