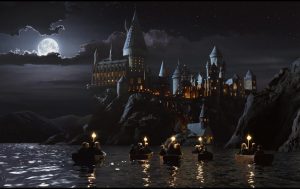 The premiere concert will feature the first installment of the franchise, Harry Potter and the Sorcerer’s Stone. John Williams composed the music for this film.

The Harry Potter Film Concert Series will reformat each Harry Potter film into an orchestral concert experience that offers audiences a live symphony orchestra performance of the entire score in-sync with the film, which will be simultaneously projected onto a high-definition 40-foot screen (Variety)