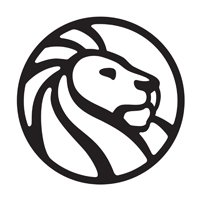 Councilmember King – hoping to engage reluctant readers and students who do not frequent their local branches outside of school visits – worked with the Library to secure special shelves of books in the four branches in his Northeast Bronx district: Eastchester, Baychester, Edenwald and Wakefield. The shelves will be filled with 20 titles – from picture books to graphic novels – specifically chosen for Councilmember King’s community by expert NYPL librarians who evaluated which titles were checked out most by youngsters and teens in recent months at those four branches.

Students in nearby schools will be encouraged to read at least one book from the list in the month of March. If they do, they will be invited to a wrap-up pizza party on March 31 at the Wakefield Library.

The “Reading is Cool!” campaign is the brain child of Councilmember King who is considering this initiative as a pilot that he hopes to scale up to the rest of the City.

“This highly motivational campaign which features celebrity announcements, colorful posters, and dedicated reading lists in the libraries encourages families to regularly visit their nearby library and browse through the selections with their children,” said Councilmember King, Chair of the City Council’s Subcommittee on Libraries and a longtime supporter of library early literacy initiatives such as Summer Reading. “Books stimulate the imagination and open our minds to the world – that’s why “Reading is Cool!”

“The Library is always looking for new ways to engage kids and teens, inspiring them to get off of social media, turn off their TVs, and get lost in great books,” said NYPL President Tony Marx. “We are excited to partner with Councilmember King on this very ‘cool’ initiative to inspire students to read.”

“Councilman King has always been a great supporter of our branch, which sees countless visits from children and teens – but is always eager to welcome more,” said Eastchester Library Manager Joan Aikens, who is excited about the initiative. “We’re sure that with this new program – with books specifically chosen for our kids and teens – we will develop some new lifelong readers.”

The start of the reading challenge is also accompanied by the launch of a “Reading is Cool!” PSA secured by Councilmember King. In it, celebrities such as Angela Lansbury, Terrence J and Jurnee Smollett and NYC Mayor Bill de Blasio declare “Reading is Cool!” It is set to run throughout the month of March on various Cablevision stations.

Those who participate in the “Reading is Cool!” campaign on social media should use the hashtag: #READINGISCOOL