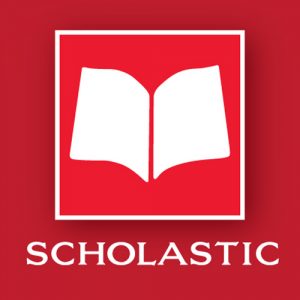 New York, NY – Scholastic (NASDAQ: SCHL), the world’s largest publisher and distributor of children’s books, announced today that it will publish a script book based on an original new story by J.K. Rowling, Jack Thorne and John Tiffany, Harry Potter and the Cursed Child Parts I & II, a new play by Jack Thorne. The Special Rehearsal Edition of the script book will be published in print in the United States and Canada at 12:01 a.m. on July 31, 2016. Published in hardcover under Scholastic’s Arthur A. Levine Books imprint, Harry Potter and the Cursed Child (ISBN 978-1-338-09913-3; All Ages), the eighth Harry Potter story, will be priced at $29.99 U.S. and $39.99 Canada. The script eBook will be published by Pottermore simultaneously with the print editions by Scholastic in the US and Canada, and Little, Brown Book Group in the UK.

In making the announcement, Ellie Berger, President of Scholastic Trade, said, “As the U.S. print publisher, Scholastic introduced Harry Potter and J.K. Rowling’s Wizarding World to American readers nearly 20 years ago and experienced firsthand the anticipation and excitement of the publication of each of the books over the years. We are thrilled to publishHarry Potter and the Cursed Child this summer.”

Harry Potter and the Cursed Child is the eighth Harry Potter story, and the first to officially be presented on stage. It will receive its world premiere in London’s West End on 30th July 2016.

It was always difficult being Harry Potter and it isn’t much easier now that he is an overworked employee of the Ministry of Magic, a husband, and father of three school-age children.

While Harry grapples with a past that refuses to stay where it belongs, his youngest son Albus must struggle with the weight of a family legacy he never wanted. As past and present fuse ominously, both father and son learn the uncomfortable truth: sometimes darkness comes from unexpected places.

The first seven Harry Potter stories, published by Scholastic in the U.S. between 1998 and 2007 have sold more than 160 million copies in the U.S., over 450 million copies worldwide, and are distributed in more than 200 territories, translated into 79 languages, and have been turned into eight blockbuster films.

To learn more about the Harry Potter books, visithttp://mediaroom.scholastic.com/harrypotter.

J.K. Rowling is the author of the bestselling Harry Potter series of seven books, published between 1997 and 2007, which have sold over 450 million copies worldwide, are distributed in more than 200 territories and translated into 79 languages, and have been turned into eight blockbuster films.

She has written three companion volumes in aid of charity: Quidditch Through the Ages andFantastic Beasts and Where to Find Them in aid of Comic Relief; and The Tales of Beedle the Bard in aid of her children’s charity Lumos.

In 2012, J.K. Rowling’s digital entertainment and e-commerce company Pottermore was launched, where fans can enjoy her new writing and immerse themselves deeper in the wizarding world.

?Her first novel for adult readers, The Casual Vacancy, was published in September 2012 and adapted for TV by the BBC in 2015.  Her crime novels, written under the pseudonym Robert Galbraith, were published in 2013 (The Cuckoo’s Calling), 2014 (The Silkworm) and 2015 (Career of Evil), and are to be adapted for a major new television series for BBC One, produced by Brontë Film and Television.

J.K. Rowling’s 2008 Harvard commencement speech was published in 2015 as an illustrated book, Very Good Lives: The Fringe Benefits of Failure and the Importance of Imagination, and sold in aid of her charity Lumos and university–wide financial aid at Harvard.

In addition to J.K. Rowling’s collaboration on Harry Potter and the Cursed Child Parts I & II, an original new story by J.K. Rowling, Jack Thorne and John Tiffany, a new play by Jack Thorne, she is also making her screenwriting debut with the film Fantastic Beasts and Where to Find Them, a further extension of the wizarding world, due for release in November 2016.

The Special Rehearsal Edition of the Harry Potter and the Cursed Child script book will comprise the version of the play script early in the production’s preview period, several weeks prior to the opening performances. The preview process allows the creative team time to rehearse changes or to explore specific scenes further, in front of a live audience, before the official opening performances on Saturday 30th July. As such the script is subject to change after the Special Rehearsal Edition is published, which is why this edition will only be available for a limited time, to be replaced by the Definitive Collector’s Edition at a later date. More details about the Definitive Collector’s Edition will be announced in due course.

Scholastic Corporation (NASDAQ: SCHL) is the world’s largest publisher and distributor of children’s books, a leading provider of print and digital instructional materials for pre-K to grade 12, and a producer of educational and entertaining children’s media. The Company creates quality books and ebooks, print and technology-based learning materials and programs, comprehensive classroom magazines and other products that, in combination, offer schools customized and solutions to support children’s learning both at school and at home. The Company also makes quality, affordable books available to all children through school-based book clubs and book fairs. With a 95 year history of service to schools and families, Scholastic continues to carry out its commitment to “Open a World of Possible” for all children. Learn more at www.scholastic.com.

For more information about Scholastic, visit the media room athttp://mediaroom.scholastic.com.