Library of Congress Now Accepting Applications for the 2016 Literacy Awards 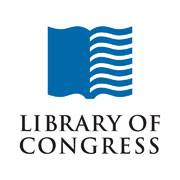 Washington D.C. — Applications are now being accepted for the 2016 Library of Congress Literacy Awards, which are made possible through the generosity of David M. Rubenstein, co-founder and co-CEO of The Carlyle Group.

The awards, which were initiated by Rubenstein, were first conferred in 2013 to support organizations working to promote literacy both in the United States and worldwide. The awards seek to recognize organizations doing exemplary, innovative and easily replicable work over a sustained period of time and to encourage new groups, organizations and individuals to become involved in promoting reading and literacy.

The application rules and a downloadable application form may be accessed at www.read.gov/literacyawards. Applications must be received no later than midnight Eastern time on March 31, 2016.

More information about these organizations and 14 other literacy organization leaders is available in “Library of Congress Literacy Awards 2015: Best Practices” at www.read.gov/documents/BestPractices2015.pdf.

The Library of Congress Literacy Awards program is administered by the Library’s Center for the Book. Final selection of prize winners will be made by the Librarian of Congress with recommendations from an advisory board of literacy experts.

Three prizes will be awarded in 2016:

The Library’s Center for the Book, established by Congress in 1977 to “stimulate public interest in books and reading,” is a public-private partnership. It sponsors educational programs that reach readers of all ages through its affiliated state centers, collaborations with nonprofit reading promotion partners and through the Young Readers Center and the Poetry and Literature Center at the Library of Congress. For more information, visit www.read.gov.

Founded in 1800, the Library of Congress is the nation’s first-established federal cultural institution and the largest library in the world. The Library seeks to spark imagination and creativity and to further human understanding and wisdom by providing access to knowledge through its magnificent collections, programs, publications and exhibitions.