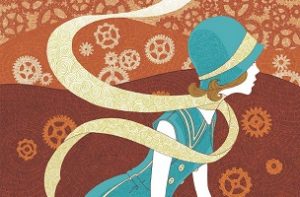 Launched in the 1930s and published under the pseudonym Carolyn Keene, the classic YA series will be given a few major updates for the screen.

In this adaptation, Nancy Drew will be a 30-year-old who works as a detective for the New York Police Department. Glenn Geller, the president of CBS Entertainment, has stated the crew is open to an actress of any ethnicity to play the titular character. (GalleyCat)