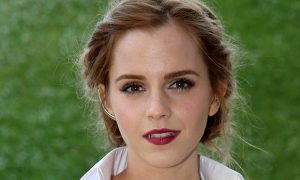 The first book pick for Our Shared Shelf is rumored to be activist Gloria Steinem’s memoir, My Life on the Road. Since her rise to fame as Hermoine Granger in the film adaptation of J.K. Rowling’s series, Watson has become a vocal ally of gender equality through the #HeforShe campaign.

Watson made headlines when she launched the UN’s HeForShe campaign in 2014, asking men to help women tackle sexism and for increased awareness of the negative impact masculine stereotypes had on men. (The Guardian)