BBC to Create a ‘His Dark Materials’ Television Show 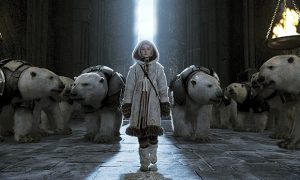 Pullman wrote a total of three books for this fantasy series: Northern Lights, The Subtle Knife, and Amber Spyglass. The author himself will serve as an executive producer for the adaptation. He announced on Twitter that he feels delighted with the prospect of working on this project.

Previous adaptations of the novels include Nicholas Hytner’s stage production of the trilogy, which was produced in two parts at the National Theatre in 2003-4. In 2007, New Line Cinema released the film The Golden Compass, which was based on Northern Lights. It starred Nicole Kidman, Daniel Craig and Dakota Blue Richards as Lyra. (Variety)