Kidsreads.com Announces a Major Update to Its Series Books Feature 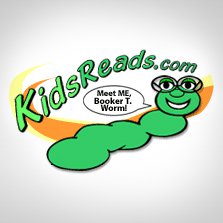 Kidsreads.com has updated its Series feature, which now boasts close to 200 picture, elementary and middle grade series, both modern and classic.

Readers can learn about each series and author — and discover a list of the pertinent books in chronological order. The feature is organized in two ways, by age and alphabetically, and it also includes a separate list of graphic novels/hybrid graphic novels.

“Since we re-designed Kidsreads, it’s been a goal to make this feature more robust. We know that reading books in a series can galvanize readers to keep on reading. They appreciate the opportunity to fall in love with characters, topics or a fictional world, and the opportunity to move from one adventure to another,” said Carol Fitzgerald, President of TheBookReportNetwork.com, which is the parent company of Kidreads.com.

“We looked for a wide range of series to include, with a goal to expose children and tweens to a wide range of variety to suit their interests,” said Shara Zaval, the Editorial Manager of Kidsreads.com and Teenreads.com.

The feature will be updated quarterly with new titles, and new series will be added in the months to come. The first update is scheduled for March 2016.

About Kidsreads.com: Founded in 1998, Kidsreads.com offers reviews and excerpts of titles appropriate for readers aged 6-12. Along with features like Books on Screen and Cool New Books are author interviews and contests. Content is updated weekly.

About TheBookReportNetwork.com: The Book Report Network (TBRN) is a group of six Internet sites featuring original content about books and authors. Since 1996, these sites — led by flagship site Bookreporter.com — have become the gathering places for a large and devoted audience of readers and book buyers. More than 1 million unique visitors come to the sites in the Network each month, making it the largest non-commercial group of book websites on the Internet.