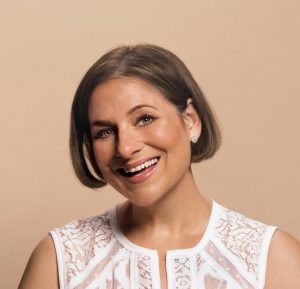 New York, NY – Fifteen years after she submitted Good in Bed to Atria Books, bestselling author Jennifer Weiner is continuing her long-standing relationship with Simon & Schuster through new publishing agreements for four books from Atria and, in her first foray into young people’s literature, a middle grade trilogy with Aladdin Books, an imprint of Simon & Schuster Children’s Publishing.

“Since we first published Jennifer Weiner she has delighted millions of readers, with whom she has developed a particularly close and intimate relationship, with her trenchant and hilarious observations on life, love, family, friendship and all manner of social interaction,” said Carolyn Reidy, President & CEO of Simon & Schuster. “We couldn’t be happier to continue building her audience of adult readers and for the new opportunity to bring her special abilities to a younger audience. It’s a natural fit.”

Weiner’s next book from Atria is a work of non-fiction and will be published in September 2016. Her next novel will be published in summer 2017. “We are so pleased to continue the wonderful partnership that began in 2001, when Atria published Jennifer Weiner’s debut Good in Bed,” said Judith Curr. “There is nothing more satisfying for a publisher than to see an author’s talents grow and flourish book after book, and there is no better example of that than Jennifer.”

Aladdin Books will publish Weiner’s middle grade trilogy, The Littlest Bigfoot, beginning in October 2016, with books two and three to follow in April 2017 and October 2017, respectively. “We are excited to work with Jennifer Weiner on this new project,” says Anastas, who acquired the trilogy. “Jen has taken what’s made her adult novels so beloved–relatable characters, spot-on friendships, and plenty of humor–and created a trilogy for younger girls who will become lifelong fans.”

“I have been incredibly fortunate to work with such smart, forward-thinking, dedicated professionals,” said Weiner. “I’m thrilled to be exploring new places to tell stories, while continuing my journey with the women and men at Simon & Schuster.”

With more than twelve million copies in print in thirty-six countries, Jennifer Weiner’s twelve books have spent a combined total of more than five years on The New York Times bestseller list.

Weiner graduated with a degree in English literature from Princeton University. She worked as a newspaper reporter in central Pennsylvania, Kentucky, and Philadelphia, where she wrote series of popular columns for The Philadelphia Inquirer. Now a contributing opinion writer for The New York Times Sunday Review, Weiner’s pieces regularly rise to the top of NYT.com’s “most emailed” lists and have been picked up by media outlets across the world.

With over 101,000 fans on Facebook and 123,000 followers on Twitter, Weiner is beloved on social media and was featured on Time magazine’s list of “140 Best Twitter Feeds” and ranked #2 on Forbes magazine’s list of “25 Working Moms to Follow on Twitter.” Weiner has appeared on numerous national television programs, including The Today Show, CBS This Morning, CBS Sunday Morning, and Good Morning America. Her writing has also been published in Time, New Republic, Redbook, Glamour, Cosmopolitan, Seventeen, InStyle, Allure, and Good Housekeeping. She lives in Philadelphia with her family.