Sony Pictures to Shoot a Re-make of the Jumanji Movie 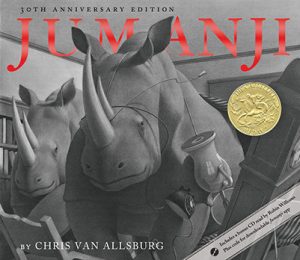 The original film adaptation came out in 1995, starring the late Robin Williams in the role of Alan Parrish. The story is loosely based on Chris Van Allsburg’s beloved picture book. Van Allsburg won the Caldecott Medal for this work in 1982. (Variety)