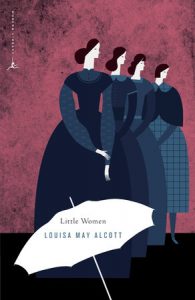 According to reports, the production team will not be strictly adhering to the original story, instead adding a dystopian spin. Alexis Jolly has been brought on as a writer, but so far no casting announcements have been made.

This TV show will be ‘a hyper-stylized, gritty adaptation.’ On the show, sisters Jo, Meg, Beth, and Amy join forces ‘to survive the dystopic streets of Philadelphia and unravel a conspiracy that stretches far beyond anything they have ever imagined – all while trying not to kill each other in the process.’ (GalleyCat)