Home > Blog > Danny and the Bears in…

Danny and the Bears in Germany 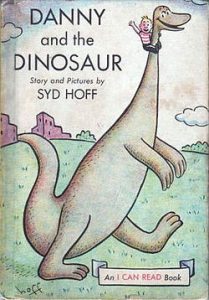 Okay, so this might be a horrible thing to say given that I’m an editor, but I don’t think I’ve read a book that changed my life. Gasp! I know. When I’m editing, I always cross my fingers and hope that it will change someone’s life—and maybe, one day, I’ll read one that does just that.

But when I think back to my childhood, especially the time between the ages of five and eight when I lived in Germany, I remember how important books were for me. Before I turned five years old, my father enlisted in the Army. We lived in a pretty bad area in Brooklyn, and my parents were dreading my first day of school. And rightfully so, because I really think I would’ve been eaten alive at my neighborhood public school…especially since I was already doing a very bad job of defending myself on the playground. Since they didn’t have the money to move or to send me to private school, my dad joined up and we were off to Germany. Germany of all places! Probably an extreme measure to some, but thinking back on it, I appreciate the gesture.

I don’t remember too much about Germany. Four things stand out to me:

You see, we only had three English channels on TV, and my mom refused to let me out to play with the other kids. I ruined my chances of seeming tough back in New York City. But this is when I started to read the most, and anything I could get my hands on. Seriously. I grabbed my mom’s bodice-ripping historical romances from the shelf first, which were then promptly moved out of sight and out of reach.

Here’s a photo of me in front of those “off limits” book. Don’t I look like I’m plotting something?

Moving on! The first books I remember loving were the Berenstain Bears series by Stan and Jan Berenstain. I wanted to live in that tree house and sew quilts so badly. Although their lives were nothing like my own, in New York City or Germany, I learned important lessons about being kind, how to deal with bullies, and other useful tidbits I needed at the time.

Danny and the Dinosaur by Syd Hoff was on repeat at my home when another momentous occasion happened in my life: the arrival of my baby sister. I was so happy not to feel alone in Germany anymore. Little did I know that she was going to be sleeping and drooling most of the time, which made her a pretty lousy play mate. So it was back to books for me, and I read Danny and the Dinosaur to anyone who would listen.

Somehow I even convinced the doctors and nurses who were taking care of my mom and sister to take a break from all the life saving and baby delivering and let me read to them the adventures that Danny and his Dinosaur went on.

I’m not sure if these books changed my life, but they definitely kept me company at a time when my life was going through a lot of change—a new home in a foreign country, a baby sister, and the feeling of being miles away from family and friends. Because of that, they’re what I remember most whenever I reminisce about those days.