Love Wins, but I’m on Deadline 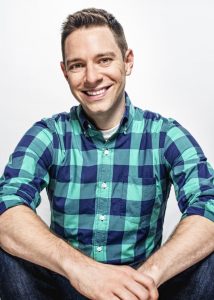 Well, on Friday I woke up in California to the news that Love Won today, and before I’d even had my coffee. California, because I’m here for the American Library Association meeting, where I’m signing swag and even picking up an audiobook honor for narrating my novel Five, Six, Seven, Nate! — which, yes, features a kiss between two middle school boys, and thus qualifies as “The LGBT, and Sometimes Y-Category!” of diversity.

Which I’m extremely grateful for.

But this marriage equality news also came at a VERY tricky time, because all I’ve wanted to do all day is scroll through Twitter and Facebook, and occasionally even pop over to Fox News to see what slant they’re putting on it, BUT I promised I’d write a CBC Diversity Post due TODAY, and I’ve been thinking: “But what about?” What can I say that hasn’t been said before, by brilliantly diverse people who are better writers than I’ll ever be?

And then it came to me: I’ll write a Buzzfeed-like list-icle, which is my secret weapon these days for tricking myself into starting and finishing things. I cannot possibly come up with enough good ideas to write another guest blog post, let alone a new novel (don’t tell my editor), but I CAN write the Top 5 Things Diversity Means to Me.


Diversity means that when I sat down to write Better Nate Than Ever I never consciously thought, “Ooh, I should include a gay character in this section.” It just was. It had to be. I was writing about the theater, about a younger version of myself who is obsessed with Broadway and dreams of getting to a place that might fully embrace him for all of his quirks. So, duh. Diversity wasn’t a political act, diversity was just midtown Manhattan at rush hour. Diversity meant populating Nate’s story with people whom he’d really come across along the way, namely: bullies young and old, friends black and white, allies gay and straight.

It has been thrilling to watch the #WeNeedDiverseBooks movement go from hashtag to action. I feel lucky to be the smallest part of it (I’m only 5’7”), and to lend my voice to the G of the LGBT spectrum. The children’s book community—from writers to editors to readers to those true civil rights champions: librarians—seems so eager to hang out together these days, to commiserate, to swap stories and show off our scars. It can be a vaguely lonely thing to be a writer, sitting around eating macaroons in your boxer shorts and wondering when the elves will arrive to finish your manuscript. To be a novelist in 2015, diverse or otherwise, means going on Twitter when you’re SUPPOSED to be writing more than 140 characters, and seeing that you are very much not alone.

My own middle school canceled a school visit — and one meant to launch Better Nate Than Ever — only a week before my trip back home. I am certain the cancellation was due to themes in the book (Nate being called a “fag,” for one), and it makes my heart heavy but I understand it, too. School boards are mighty. So are parents. For every 20 messages I receive from young (and not-so-young) people saying “Thank you for writing a realistic character who represents the queer experience,” I also think back on my 1-star Amazon reviews that are written from a place of disgust. Diversity means not everyone is going to like you. But you know what? A primary responsibility of adulthood is recognizing which things are problems and which things are just annoyances. And that’s why God gave us the Mute button. So, yeah: sometimes Diversity means blocking the haters.

Diversity means that someday we might be (nearly?) universally accepting of each other as a society; so multi-colored as to become one color, so comfortable with our sexuality and love for one another that we’ll have to scratch our heads and look up the Wikipedia entry for “Stonewall riots,” and recall that they weren’t merely science fiction. If DIVERGENT and HUNGER GAMES are the ultimate YA dystopians, perhaps Diversity is writing toward a type of utopia.

Diversity means closing your eyes and trying to transcribe, in as lyrical or comical or whatever-ical a way as you can, the way you’ve seen the world or the way you’d like to see it. Diversity means, literally, according to the dictionary, variety. And that means if a bookstore had a “Diverse Books” section — and many are starting to! — we might see a few shelves that cover the widest spectrum in the entire shop, from the way people look to the way they’re treated to the way they feel about themselves. And in that sense, diversity means the real world.

One last little note, before I jump into ALA festivities and attempt to wear a rainbow boa without sneezing: Diversity is an important topic, but it doesn’t have to be held with a reverence that makes people nervous around it. You’re allowed to find the funny in diversity. I know I do. I have to. If I hadn’t found laughter in my life — whether as a kid, who was always the last one picked for dodgeball, or as an adult, who still gets occasional sneers if I hold my (imaginary) boyfriend’s hand in public — then I’m not sure I’d have made it to this day. The one where I’ve got an open document in another tab, waiting to tell another story, starting on page 1.

I’m not necessarily PLANNING on writing a “diverse book,” but I am planning on writing realistic fiction — which is basically the same thing, you know? And thank goodness for that.