Go Global: We Are the World 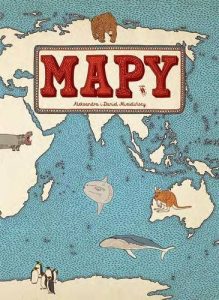 During my first year attending the Frankfurt International Book Fair a question was asked of me by many editors at foreign publishing houses. The question was this, “Why don’t English language publishers translate more books?” Years of working in International Rights later, I still receive this question frequently and I still have no good answer. The main reason is that English has become the dominant language in the industry, but that attitude is seeing a shift in recent years. It is our responsibility to represent not just the diversity of our country, but also international diversity. In our increasingly globally connected world it is vital that we understand diversity on all levels, at home and outside of our borders.

I’m a child of Mexican descent, and have grown up half in and half out of that world. Finding books that were representative not only of my experience, but also of my family’s heritage, was extremely difficult. As an adult I’ve visited over a dozen countries and can read in two languages other than English. In the same way that visiting a friend’s house for the first time is an important moment in the development of empathy, visiting other countries gave me a richer understanding of the world and my own place in it. Children’s books in translation could provide that experience earlier in life.

Children who have read the stories of many countries would have a stronger foundation for understanding international diversity. They’d be better able to respect differences and react with sympathy. Many would be able to experience the stories from the countries of their family origins. Young readers today have an unprecedented access to children and media from other countries. I moderate a forum for teens with registered users from over 30 countries, and it’s not unusual to have to step in and explain cultural differences during inevitable arguments. Imagine if those children had a frame of reference for those interactions, if they had lived in that culture in the pages of a book.

Educators might worry that young readers would be hesitant to read stories that aren’t set in their home country but, if a child can enjoy stories set in fantasy worlds, their unfettered imaginations can imagine and enjoy fantastic experiences set half a world away. Books in translation could also offer unique teaching opportunities, as supplements to social studies, geography, and history lessons. They could act as a foreign exchange trip without having to leave the classroom.

Books in translation do present publishers with unique challenges, and many countries have created grants and resources to help. The Frankfurt and London book fairs have pages featuring translation grant information, the Bologna Children’s Book Fair hosts a Translator’s Café, more and more agencies are stepping up to represent foreign literature, and book fairs such as the Sharjah International Book Fair have begun sponsoring translations grants. Initiatives such as Words Without Borders and Literature Across Frontiers offer educational resources and connect international writers to the English speaking public. Services like PubMatch make finding a translator or a foreign language reader simpler than ever.

With the whole world of children’s literature open to us it has never been easier to give children the world.

Here are a few resources to help you Go Global:

Veronica Grijalva was raised by books. She works as a Rights Associate, bringing translated books to kids around the globe.